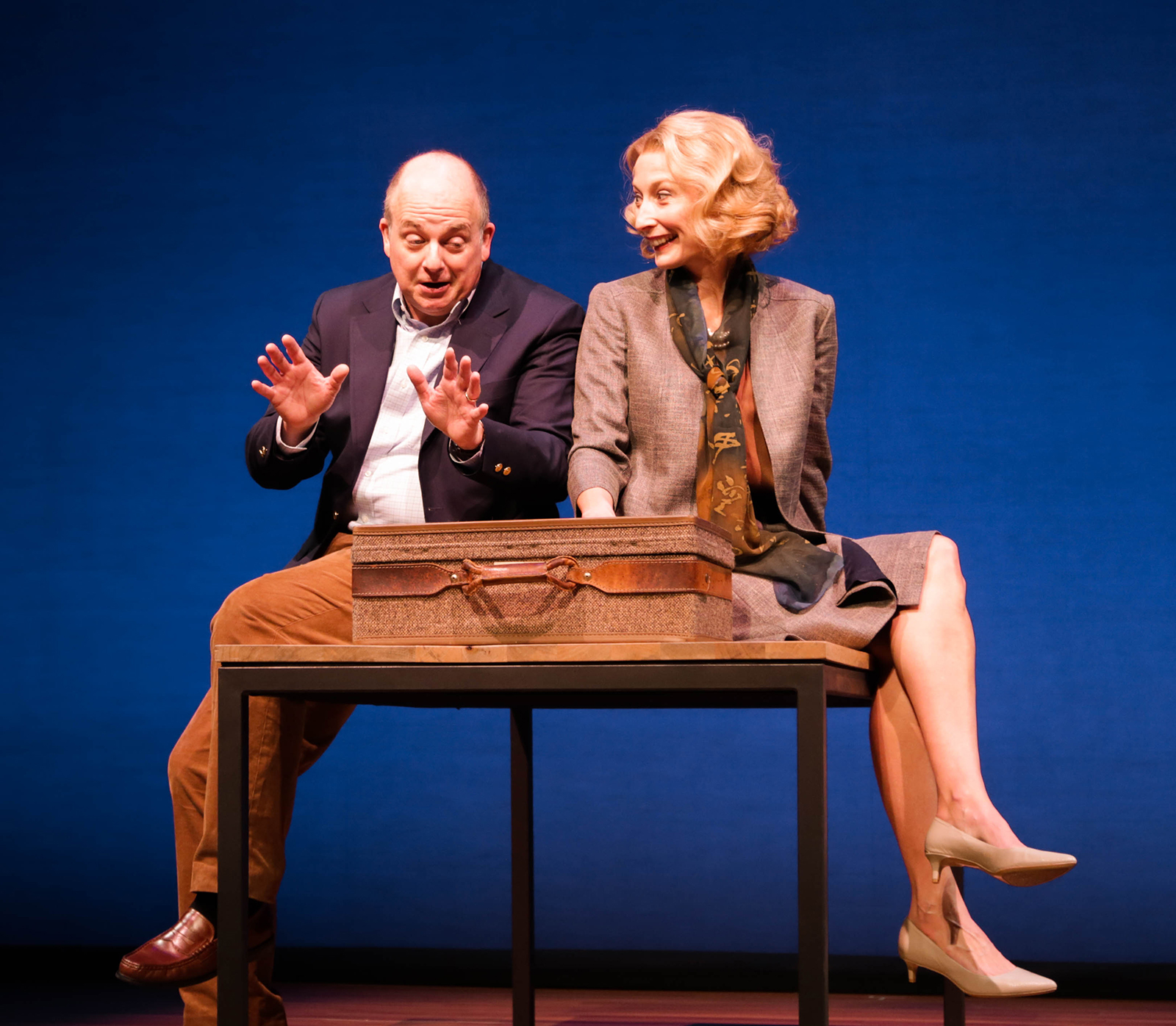 About Alice
by Calvin Trillin

Eulogy to a Muse

“I wrote everything for Alice,” said Calvin Trillin about his wife, a remarkable woman who was, in addition to her many impressive credentials, his muse. Trillin recounted a great deal about his life with Alice in memoirs, articles and books but the transformation of his sentiments from written work to this two-character play has both up and downsides.

The greatest pleasure is Jeffrey Bean’s portrayal of Trillin which he nails, giving the audience what appears very like the writer’s slow, offhand style and deliberately laid-back humor. The downside is either Trillin’s script, Leonard Foglia’s direction or both, as they have led to an ultra-respectful production. It’s so sweet and careful it comes close to stifling the emotional impact which is the basis of good theater.  The printed page is one thing but when its words are—literally—brought to life, there needs to be some expansion. In About Alice, instead of being enlarged, emotions feel shrunken.

From what I have read, Alice Stewart Trillin was indeed brainy, charming and thoroughly delightful, but she must also have been a woman who brushed her teeth and (even) lost her temper once in a great while. What is not shown in this play is her quotidian self despite frequent visits to her closet to change clothes. This gimmick seems intended to indicate different periods in her life (as do her wigs) but the variety of costumes is too limited to serve much purpose. The Alice we see, mostly giving voice to words her husband wrote, is too saintly and subdued right down to her line delivery which has the same level tone regardless of whether she’s talking about helping friends renovate their home or her reaction to different stages of her cancer.

We know that Alice and Bud (as Trillin was known) had an exceptionally happy marriage, but did they never disagree to even a small degree? It’s as though any negative thoughts or feelings have been withheld so that the audience is constantly bathed in good feeling. A little bite would serve the production well and do a lot to dispel the soothing, almost hypnotic effect of the couples’ interplay.  The only times Alice speaks directly are when she reads a letter she wrote to a twelve-year- old boy with cancer and a wonderful essay about being a cancer patient. The rest of the play shows her through her adoring husband’s eyes which more than convinces us of the depth of his affection but adds little to our sense of the actual woman.

About Alice was commissioned and developed by Theatre for a New Audience through its Studio program and via multiple readings including the New Yorker Festival (2016), City Art & Lectures (San Francisco, CA 2017), and a developmental workshop at White Heron Theatre (Nantucket, Massachusetts, 2018).

Calvin Trillin is an American journalist, humorist, food writer, poet, memoirist, and novelist. He began his career as a journalist in the fall of 1960, spending a year in the Atlanta bureau of Time covering the civil rights struggle in the South and then moving to Time in New York. In 1963 he joined The New Yorker as a staff writer. About Alice Trillin tells us was partly inspired by condolence letters he received, many of which began “Although I never knew Alice…” In the play, Alice the character says “They‘re right about that. They never knew me.” I have read the articles and books and now seen the play. I still don’t know her. 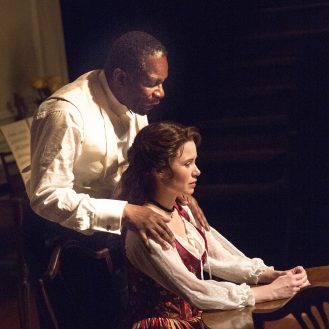 Ibsen, Strindberg and their Acolytes – a Retrospective