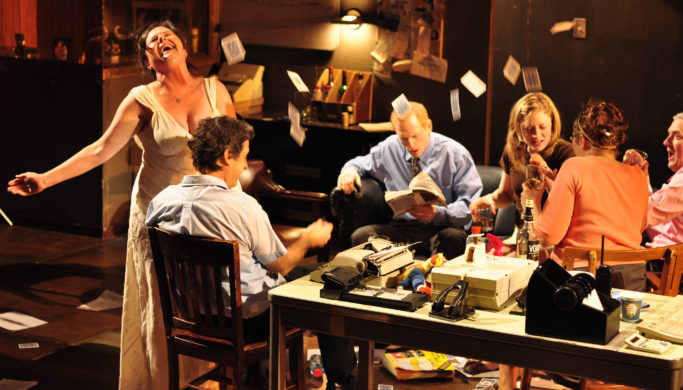 Reading a book is a solitary, intimate experience in which the reader sets the pace and imagines the characters as he or she sees them. Listening to a book is another way to appreciate a work, sometimes influenced by the narrator’s voice. Gatz, as created by Elevator Repair Service, uses an unprecedented approach, staging the book as it is read in its entirely. The performance begins when an anonymous office worker sits at a desk in a grungy office and, while waiting for his computer to boot, idly picks up The Great Gatsby and starts reading it aloud. The worker slowly takes on the character of Nick Carraway, the narrator of F. Scott Fitzgerald’s classic Jazz Age novel, who reads every word of the book including the “he/she saids” for a marathon six hours. Bit by bit, the other office workers assume the rest of the characters although the bulk of the effort falls to the staggeringly good Scott Shepherd [who has actually memorized the entire novel—ed].

As the narrative unfolds, one surprising element is how much humor it contains. As portrayed by Elevator Repair Service, Gatz revels in humor and irony to the point where the actors seemingly await—and even milk—audience laughter. 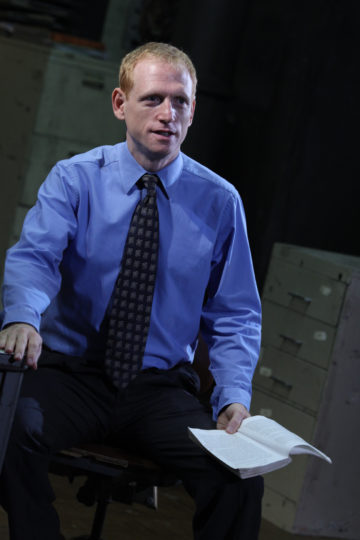 The thirteen ERS actors use bits and pieces to illustrate the story: a flurry of tossed papers stands in for a drunken, out-of-control party; a chair pushed across the floor shows Daisy arriving by chauffeured car. The performance is greatly enhanced by Ben Jalosa Williams who mostly sits at a desk off to one side triggering sound effects—the ocean, partygoers, bird calls, cars on the highway– as well as handling some small roles. Gatsby, as played by Jim Fletcher, is a bit of a surprise as he’s older, balder and less beautiful than the golden icon whom I –and undoubtedly others—envisioned when I read the book (and a far cry from Robert Redford in the disappointing 1974 film.) It doesn’t matter.

The voice of Daisy, played by Tory Vasquez, doesn’t sound “full of money,”  although her affecting “what will we do with ourselves this afternoon and the day after that, and the next thirty years?” deftly captures the angst of Fitzgerald’s view of this sad, whirligig period and the unattainable American dream. Daisy, the perfect ‘heroine’ for this tale of greed and the empty pursuit of pleasure, is careless with a capital C. sI could not figure out why Laurena Allan adopted a lurching walk as one of the office workers although she provides a rounded portrayal of frustrated, vulgar Myrtle, mistress of Daisy’s husband Tom Buchanan. But these are minor quibbles as overall the concept and execution is first class. Yes, sitting through the whole six-plus hours (with two intermissions and a dinner break) is exhausting but also completely absorbing. The actors invent the characters, aided by John Collins’ direction, Louisa Thompson’s set design, and Mark Barton’s lighting, all of which transport the audience into the crazy, chaotic world of Gatsby, himself an invention from the start.

According to Collins, the work was a difficult process to stage.

“We started to work with The Great Gatsby in 1999. Then, we had a very different idea about how to stage the show. We didn’t imagine we’d actually stage the entire book…Still, the idea to perform every word of the book did come to us early in the process. We knew we were interested in the writing, not just the story, and we quickly found that the elegant efficiency of Fitzgerald’s style was compromised when we tried to edit or condense his words. The prose is so delicately and expertly constructed that even the omission of a single adjective is rhythmically disappointing.” Collins goes on to detail problems securing the rights to the work from the Fitzgerald estate, noting that overall “Gatz has been a lesson in patience, persistence and drive.”

The hard work has more than paid off.

Elevator Repair Service is a New York City-based company that creates original works for live theater with an ongoing ensemble. The company’s sources range from found material (transcripts of trials, old movies, YouTube videos) to literature and conventional plays (both classical and contemporary). Founded in 1991, ERS has authored an extensive body of work that includes 19 original theatrical productions. 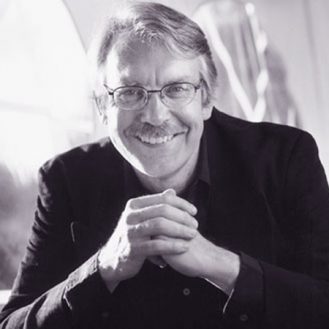