To have attended Christoph Denoth’s classical guitar recital at SubCulture on Bleecker Street three nights ago is to have undergone a New York moment very particular to NoHo, the neighborhood where it was performed. Having moved to this swatch of the city three years ago, I’ve come to marvel at its odd but easy mix of strikingly disparate elements—gritty architecture, wildly colorful paintings on the sides or fronts of various buildings mixed into a motley crew of chic clubs, bars, galleries and a cheeky Underground Boxing gym on Bleecker’s easternmost end. SubCulture is a venue for any number of kinds of events and performances, cunningly aligned with the complex gestalt of NoHo for which it could be a symbol. Christoph Denoth’s recital, which is timed to attend the release of his most recent CD “Tanguero”, seemed to me to fit right into Noho and SubCulture’s complex heterogeneity.

Swiss-born Christoph Denoth is densely and widely educated, having attended the conservatories of Basel, Lucerne and Zurich; studied at Balliol College at Oxford; taught at the Royal Academy of Music in London; and given master classes all through the UK and the U.S. But it is his immersion in South American music to which this recital and his cd Tanguero give credence. In a program ranging from Brazilian composer Villa Lobos (Cinq Préludes and Etude No.11), to Cuban composer Leo Brouwer’s Sonata (for Julian Bream, 1990) to five compositions by Argentinian Astor Piazzolla (who’d begun playing tango music in clubs in New York in the 1930s and then studied with Nadia Boulanger in Paris), the overall effect was to show how South American composers have been influenced to work tango music into more serious and ambitious compositions. Can Classical Music do the Tango? This seemed to be a question this recital was conceived to answer.

Heitor Villa-Lobos’ “Cinq Preludes” had the effect of being variations on a theme, the “theme” not a shared musical motif, but rather that they were all based on waltzes danced by the upper classes of Rio de Janeiro. Mr. Denoth presented them modestly and elegantly. The Etude No. 11 was harmonically more ambitious with an uneasy sense of seeking, ferreting about, repeated rhythms of chords pressing for release, to which Mr. Denoth did justice, but somehow to my ear never quite igniting to catch fire. There was a sense here and elsewhere of holding back—which perhaps unfairly made me think that something in his Swiss nature had not quite found a way to align with that of Brazil. One felt Mr. Denoth’s immersion in the music without it quite extending to the audience his excitement with it.  Leo Brouwer’s Sonata was the most audacious and demanding piece in the program: its first movement “Fandangos y Beleros” featuring a sweetly shocking quote from the opening of Beethoven’s Sixth Symphony; the second movement “Sarabanda de Scriabin” an evocatively ghostly rumination laced with harmonics that kept the music movingly aloft, the third movement “Toccata di Pasquini” a more tumultuous and technically arduous business requiring a fluent technique to whose rigors Mr. Denoth was not always equal.

There were in fact more than a few moments in the Brouwer sonata and the following pieces by Astor Piazzolla where Denoth seemed unsure of his fingering or of the notes. There were some fluent musical passages as well, but I regret to say that one couldn’t trust those to prevail. The basic sense I had was that Christoph Denoth had bitten off more than he, at least on this night, could chew. It is clearly an enormous undertaking to offer this complex and lengthy array of difficult music, but he actually gave the impression, to put it plainly, that he had not practiced enough. This was evident even in the encores—which are usually chosen so that they’ll gleam with the performer’s virtuosity at the end. That was not their effect on me. It may have been that he was exhausted.

The recital’s overall effect was successful: Mr. Denoth had liberally introduced to the audience an array of South American composers and tango-inspired music with which it’s probably safe to say most of us were unfamiliar. But it was as if something hadn’t quite coalesced in making the transit from the Swiss Mountains to the Tango-ridden heat of South America. None of this entirely marred my pleasure in the evening: the unlikely meeting of Switzerland and South America reflected, as I’ve suggested, the energy of the unlikely juxtapositions one found in NoHo. I can’t think of a better venue to offer what seemed to me finally a work in progress—albeit one still worthy of an audience’s attention—than SubCulture at 49 Bleecker Street.

I should add that Christoph Denoth’s new cd “Tanguero” is a wonderful creation: with none of the sense of “holding back” I found in his sometimes tentative performance at SubCulture. So: do consider acquiring that. 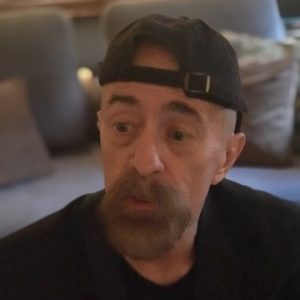 Guy Kettelhack’s interests and expertise in the arts extend over a wide realm. He is the author or co-author of more than 25 nonfiction books, including Dancing Around the Volcano (Freeing Our Erotic Lives: Gay Men and Sex), The Wit & Wisdom of Quentin Crisp and Easing the Ache (Gay Men Recovering from Compulsive Behavior); a frequent contributor to Quora whose articles on different aspects of life in New York City and about playing the violin have won him a following; a prolific poet whose poems have appeared in over 20 journals and won a number of prizes; an accomplished violinist and former violin teacher; and an artist whose work has been shown in a number of galleries in New York. Born in Amityville, N.Y., Mr Kettelhack is a cum laude graduate of Middlebury College with a B.A. in English Literature; has done graduate work at the Bread Loaf School of English, which included study at Lincoln College in Oxford University; did coursework in psychoanalysis at the Centers for Modern Psychoanalysis in New York City and Brookline Massachusetts; studied violin at Juilliard prep as a kid and at the New England Conservatory in Boston, Mass. after college. He has lived in the city of his heart, New York, for 44 years and can imagine living nowhere else. 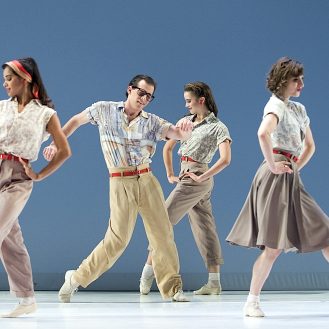