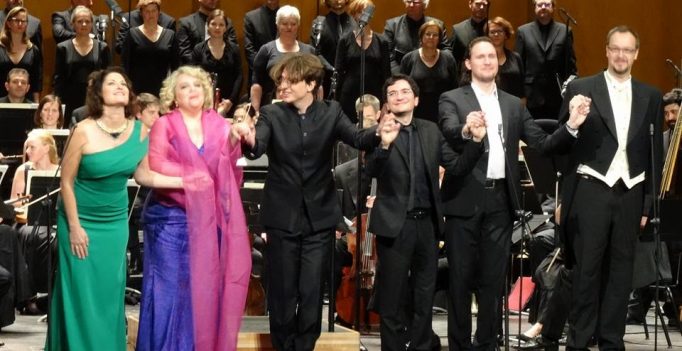 This world-premiere recording of the 1826 Paris version of Gaspare Spontini’s Olimpie makes a powerful case for a composer much admired in his own day and for a work that forms a link between Voltaire and the French Grand Operas of Meyerbeer, Halévy, and Verdi.
Read More
Dance 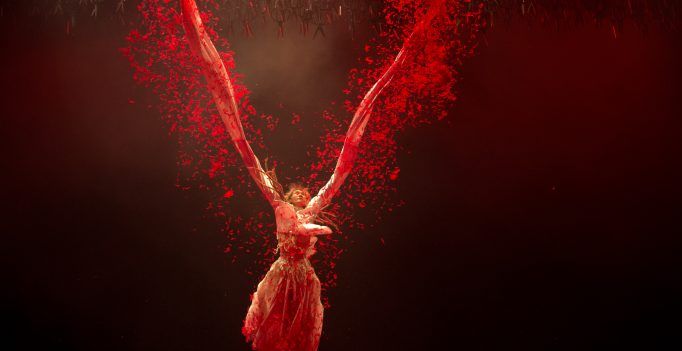 Hundreds of silvery scissors hang above the stage in rows, gently swaying and giving off a tinkling metal sound. These scissors have a life of their own, rising and descending, sometimes in voluptuous swoops. On the right a woman sits amidst a pile of white material, cutting the fabric into Chinese characters which she holds aloft. Each time she does this the English translation of the characters appears on screens, introducing a segment of the performance.
Read More