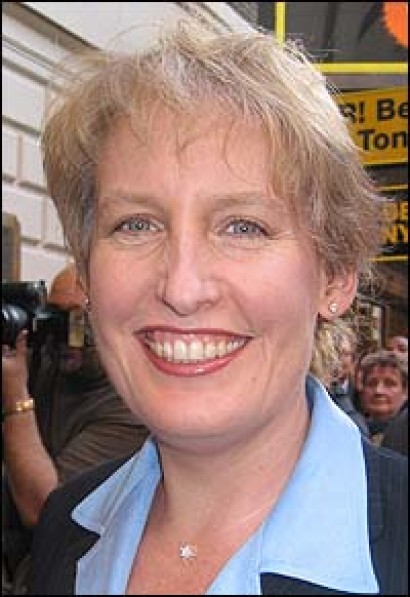 Celebrating its 21st year, Bound for Broadway offers an inside look at works that would like nothing better than to hit the Great White Way or other theatrical showcases.

Tony nominee and Emmy Award-winning singer and actress Liz Callaway hosted the evening, delighting the audience both with her presence and her acknowledgement that all of the evenings’ shows were written or co-written by women. Charming, unpretentious and funny, she launched into You Don’t Own Me, a 60s shout-out to women’s lib (although the movement didn’t hit its stride for another decade.)

The program’s format had Callaway chat with the women behind five upcoming musicals before singers performed numbers from their shows.

I’m not sure if any of the works we saw will make it big time although Mister Saturday Night, based on the eponymous film with a book by Bill Crystal, Lowell Ganz and Babaloo Mandel with music by Jason Robert Brown and lyrics by Amanda Green, has the most bankable team. Green, who bears a strong likeness to her father, the late Adolf Green, pulled off some clever riffs in There’s a Chance but Tahiti, her second number, is pretty old-hat.

Julianne Wick David, who wrote the book, music and lyrics for The Willard Suitcases, was inspired by photographs of hundreds of suitcases from the Willard Asylum, a defunct mental institution in New York’s Finger Lake District. She has written a “libretto” of songs, beautifully performed by Ben Roseberry, Joel Waggoner, Erin Miller and the always-fabulous Sally Wilfert. What Would You Pack? is haunting; You’re Not the Long Ranger, inspired by two suitcases from different eras containing Lone Ranger memorabilia, gives us two patients in a hospital day room enhanced with violin interludes by Waggoner; while The Switch exposes how many women were involuntarily incarcerated by their husbands who wanted to get rid of them. The highly original music and lyrics from all three numbers brought tears to my eyes.

Resident Alien, with book, music and lyrics by Katya Stanislavskaya, looks at a Russian Jewish family after they have emigrated to the U.S. prescient in that the work was begun before the current situation. The Renaming is a clever look at émigrés grappling with imposed Americanized names; the lyrical I Speak Music was exquisitely sung by Amy Justman.

Talented Georgia Stitt is responsible for the lyrics and co-wrote the music with Bob Banghart for Snow Child, a work based on a legend from cold climate areas of the world, in this case, Alaska. Stitt is a sensitive composer/songwriter, fabulous pianist and founding Director of Maestra that provides support, visibility, and community for women who make the music in the musical theater industry—music directors, orchestrators, arrangers, copyists, rehearsal pianists and other underrepresented minorities. I wish her efforts with Snow Child, previously showcased at Arena Stage, every success.

Stitt’s piano playing backed up the closing number, The Me of the Moment written by Stitt and sung by Liz Callaway. The evening was a great tribute to women in musical theater and enormously entertaining all around. Will any of the shows make it? We will have to wait and see. 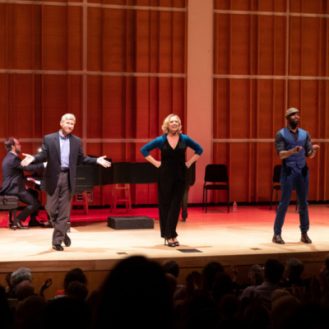