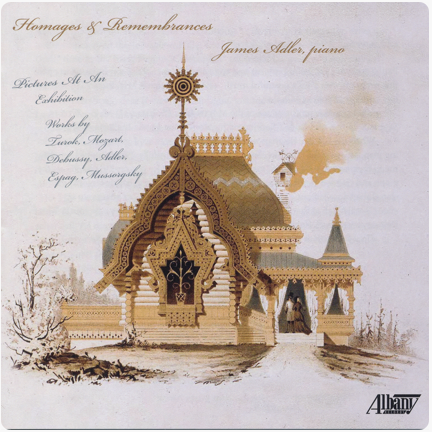 It’s always a pleasure to attend a Yamaha piano event. Some take place in the more intimate halls around Manhattan, but most are in Yamaha’s New York show room on Fifth Avenue. The main room, where the recitals are held, has been acoustically treated (Yamaha’s Active Field Control system), and the sound is as well-balanced and lively as many of the purpose-built auditoria in the city. Mr. Adler was playing a Yamaha CFX (9-foot) concert grand, which perhaps had more power than the space needed. There is usually some gracious touch, like a reception, but the most unique characteristic of Yamaha concerts, is the feeling that Yamaha Artist Services, under the leadership of Bonnie Barrett, takes excellent, nurturing care of their artists.

This brief, but engaging program featured veteran pianist James Adler, celebrating the release of an Albany Records CD, recorded on the premises. The program was identical to the CD, with the omission of Mussorgsky’s Pictures at an Exhibition. Mr. Adler followed his usual practice, assembling the program from personal experience, which he explained in engaging chats before works or groups of related works. The recording is called “Homages and Remembrances,” which could equally apply to this concert. The memory of James’ late brother, Norman prevailed, not only in the piece for flute and piano, “Elegy for Norman,” specifically dedicated to him, but in the nostalgic mood of the program.

James Adler is actually a composer-pianist, equally active in both capacities. Two of his pieces appeared on the program, with “Elegy for Norman” occupying the center.

He opened the recital with Paul Turok’s Passacaglia. Turok, a friend of Adler’s, studied with the conservative composer Karol Rathaus, a favorite pupil of Franz Schreker, born in the Polish city of Ternopil, now in Ukraine, at the time of his birth, a part of the Austro-Hungarian Empire. A Jew, he escaped to America and taught at Queen’s College. Turok was well-known as a music commentator in the Sunday New York Times Arts Section, he was also a frequent guest critic on WQXR’s “First Hearing.” He wrote for The Herald Tribune, Ovation, Music Journal and Fanfare before founding Turok’s Choice: the Insider’s Review of New Classical Recordings which he published from 1990-2011. Johann Sebastian Bach loomed large in this conservative, but gratifyingly well-made piece.

Stylistic conservatism was prominent throughout, in Adler’s own music as well as that of his friends. His Prelude and Toccata, another homage to Bach, was a fully sympathetic companion to Turok’s piece. Another friend, South African composer Henco Espag’s “Herinneringe” (Remembrances), written in memory of the composer’s recently deceased brother, followed the general spirit of the evening—conservative, accessible, and elegiac. I must remark that this piece showed some weaknesses, especially in the perfunctory and uninspired swing section. Adler’s own “Elegy for Norman,” eminently listener-friendly, as serious as its intent, also ventured close to the crossover world, presumably recalling music Norman himself was fond of. This evening was indeed a gathering of friends and brothers.

Mr. Adler also gave fine, bracing performances of Debussy’s popular “Deux Arabesques.” He treated them robustly, with strong shaping, clarity, and body. His reading of Rachmaninoff’s Prelude Op. 23, No. 6, was similarly strong and present, showing a particular sensitivity to the crossing of melodic lines and the harmonies created in the process.

Adler closed the recital with one of the less often played sonatas of Mozart, No. 9, K. 311, all the more welcome for that. The work has a special significance for him, in that he played it for Rudolf Serkin, a mentor at the Curtis Institute,1 who followed his positive reception of James’ playing with “Try it again when you’re forty. Then you’ll be able to play Mozart.” Too bad more people don’t respect this admonition. In any case, Mr. Adler played it with big sound and attention to the interplay of the voices.

I wish I spent more evenings as enjoyably as this one. Thank you, James Adler! 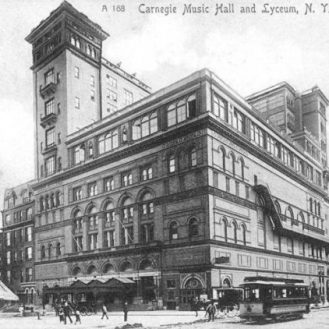 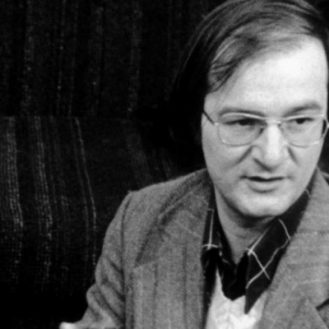 Dudamel and the Los Angeles Philharmonic at Lincoln Center: Greatness in search of a Cause? 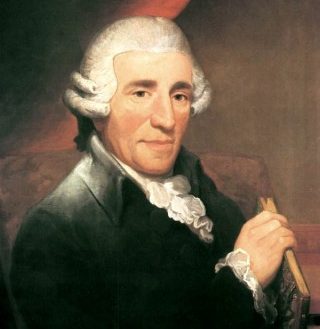 BEMF at the Morgan: the London Haydn Quartet and Eric Hoeprich played Haydn, Beethoven, and Mozart