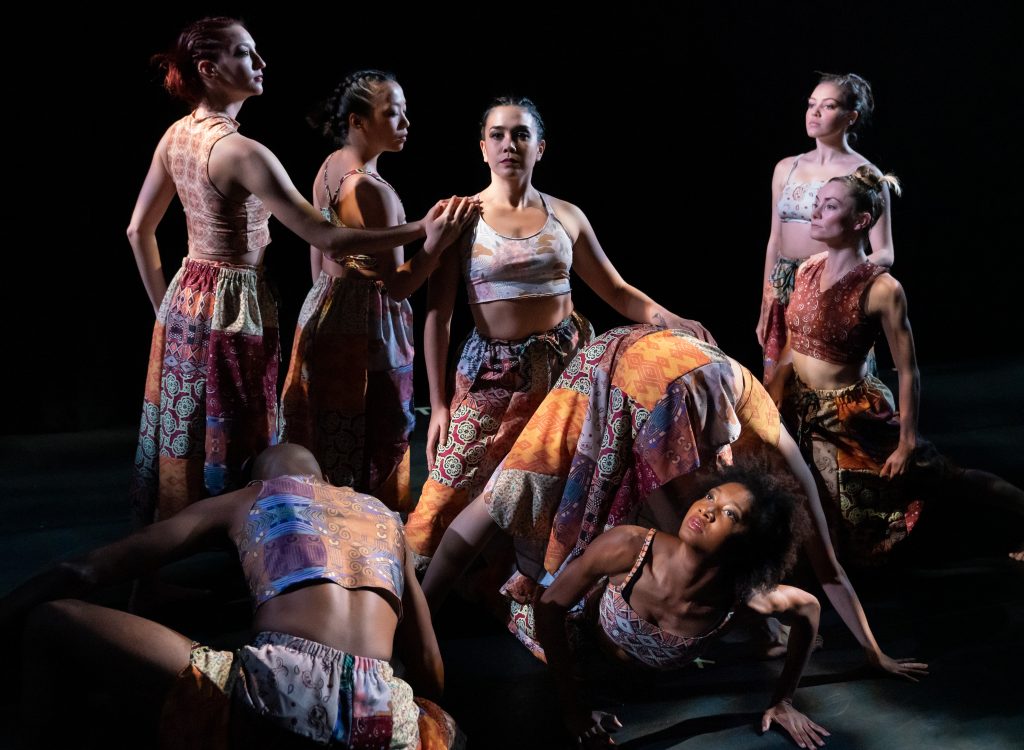 From the Lenape to the L Train

The evening was glorious with eight beautiful dancers moving effortlessly through three movements that relate to the “world’s melting pot of culture, New York City.” Before the performance started, Tiffany Rea-Fisher, the company’s artistic director, took the audience through a lot of technology involving cell phones and an app that had to be downloaded and installed on phones. It may have deepened the experience for some but I thought it awkward, unnecessary—and mostly unworkable. Millennials probably loved it.

Tilted Arc, the first movement, references Richard Serra’s 1981 sculpture, a 12-foot-tall, 120-foot-long, 15-ton steel slab that cut across Federal Plaza in Lower Manhattan. Vilified by many art critics (though highly praised by others), it was said to likely attract rats, graffiti and terrorists and one night in 1989 federal workers cut the work into three pieces and carted it off to a scrap-metal yard.

The movement, incorporating flexed feet, backbends, and held arabesques, was danced to music by Kevin Keller. It was hypnotic and utterly engrossing although I couldn’t figure out any relevance to the Serra work.

Movement 2, Emerged Nation, “delves into the assimilation, uniqueness of Black/American culture in America.” The program graphic explains that Manhattan comes from the Lenape word Manahatta” meaning hilly island. There were several static pauses that worked against and with energetic movements and I especially enjoyed the obvious pleasure of the dancers as evidenced by their seemingly genuine smiles. The music, by Twelve45, aka Erika Lewis-Blunt, combines house, tribal and electronic sounds, some of which sounded a bit like Native American calls.

Kinetic Kinship, Movement 3, included two displays of a demanding V-shaped balance with Tracey Dunbar supporting Ashley LaRosa—a gripping demonstration of concentration and strength from both. Program notes say that this piece traverses the sights and sounds of NYC neighborhoods which wasn’t obvious to me but the sinuous moves and beautiful synchronicity of the dancers was spellbinding. Kevin Keller also provided the music for this movement that incorporates sounds and spoken words including subway noises and messages about not sitting on the ground in Grand Central Station.

Rachel Dozier-Ezell’s costumes were fabulous. She combines different patterns into tops with split-pants that have a vaguely Asian look. Beautiful in and of themselves, they were stunning on the dancers’ lithe bodies.

Messaging aside, the work was totally engrossing. The company is beautiful to watch and technically superb. Rea-Fisher, who has been associated with the company for fifteen years, knows what she’s doing artistically although I would welcome explanation of the program notes pointing out that she “subscribes to the servant leadership model and uses disruption through inclusion as a way to influence her company’s culture.” Huh?