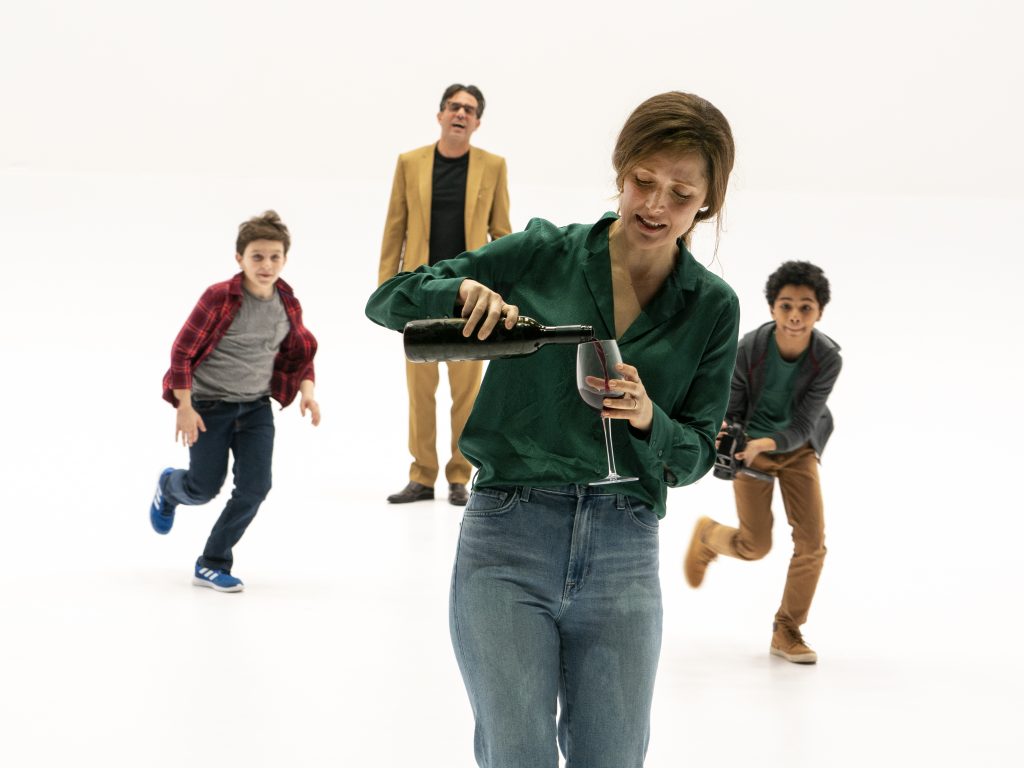 The play is a study in contrasts with the blindingly white stage vs. ripping, visceral emotions, a Medea for our time in which Jason is Lucas, who makes designer pharmaceuticals, and Medea is Anna, once a physician and successful head of the lab where both worked. Anna has been driven mad by rage, sparked by her husband’s infidelity. Rage and instability take over until she ends up destroying herself and everyone around her.

Like Euripides’ Medea, this is a work about anger; the only character not ruined by it is the bookseller who seems superfluous, only brought onstage to describe the revenge of another angry woman who castrated her husband Lorena Bobbitt-style.

Simon Stone has written and directed a compelling script, loosely based on the original. He first brought out Medea with a different cast in Amsterdam in 2014. In addition to Medea, Stone, who has shown an affinity for reinventing classics, has reworked Federico Garcia’s Yerma, Henrik Ibsen’s The Wild Duck, and Aeschylus’ The Oresteia. Bob Cousins’ intense white tri-fold is a great touch enabling the audience to focus on the characters and is enhanced by Julie Frey’s  effective video that shows certain moments and faces, mostly Byrne’s, in close-up.

The ash dropping from the sky almost has a life of its own. It is a potent, multi-faceted symbol, at first a reminder of clods shoveled onto a coffin, then turning playful when the young boys run around with it pelting one another. Another shift brings a new reminder of death as it is piled onto Jason’s girlfriend, Clara, and finally it serves as shroud and grave as Anna tenderly packs it around herself and her sons before setting fire to their house.

Bobby Carnivale and Rose Byrne give terrific, highly-relatable performances that manage to be nuanced and blatant at the same time. A real-life couple with two sons, they have spoken about separating their personal lives from the stage, a critical ability as it would otherwise seem impossible to go home after having murdered their offspring in public. Special mention goes to Gabriel Amoroso as Edgar and Emeka Guindo as Gus, playing the couples’ sons, who are snarky, mouthy and confused in the right proportions. Although the overriding actions are horrific the work has moments of humor and warmth which Byrne captures especially well. According to Simon Stone, “He (Euripides) wrote the ending of a myth and I rewrote the beginning.” Stone’s Medea isn’t a monster but a mad, bad mother pretending (and convincing herself) that she cares about her sons when what really drives her is revenge. Stone says he took his reimagining from a case study of Deborah Green who, in 1995 in Kansas City, committed a similar act in which she began by poisoning her husband and went on to burn down the family home. (Green is in prison and will likely remain there for the rest of her life.)

The play is harrowing and the scenario all too possible with respect to male dominance, female anger, and the edgy society we live in where appalling behavior is a fast headline that quickly fades from view. This Medea is intense, moving along so smoothly the time passed in a flash. It will stay with me for a long time. 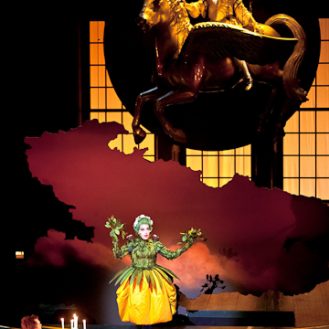 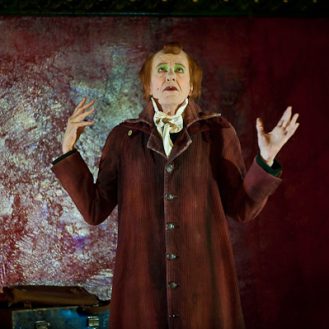 Belvoir’s Production of Gogol’s “The Diary of a Madman,” with Geoffrey Rush, comes to BAM