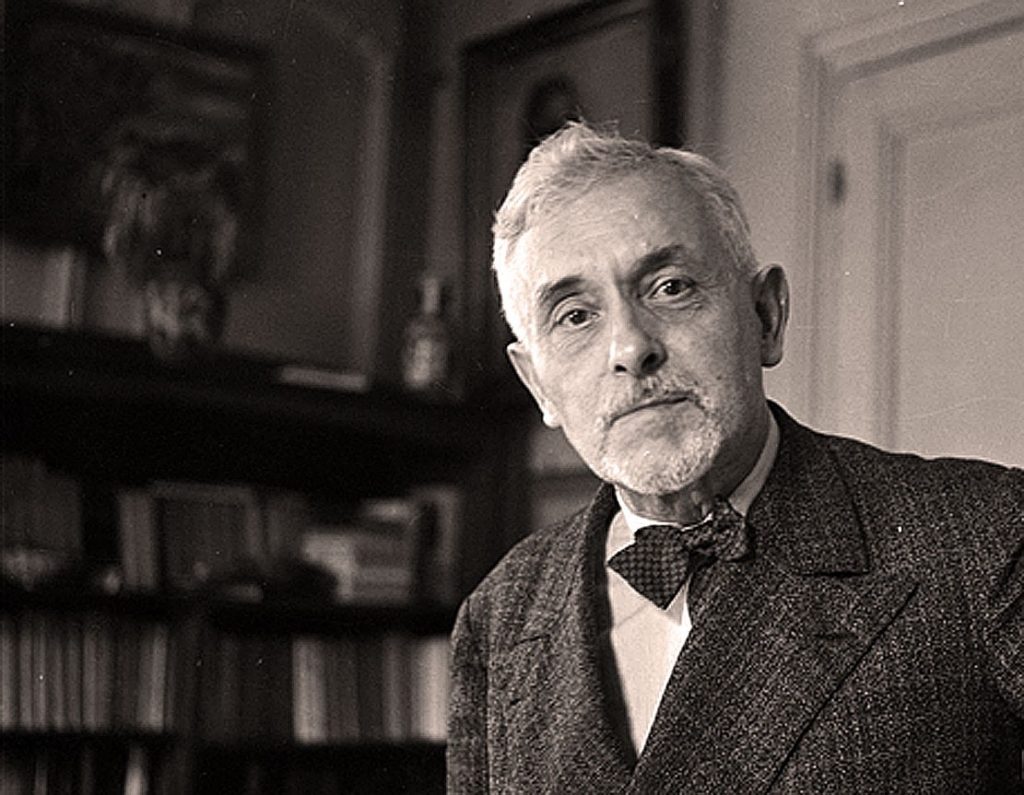 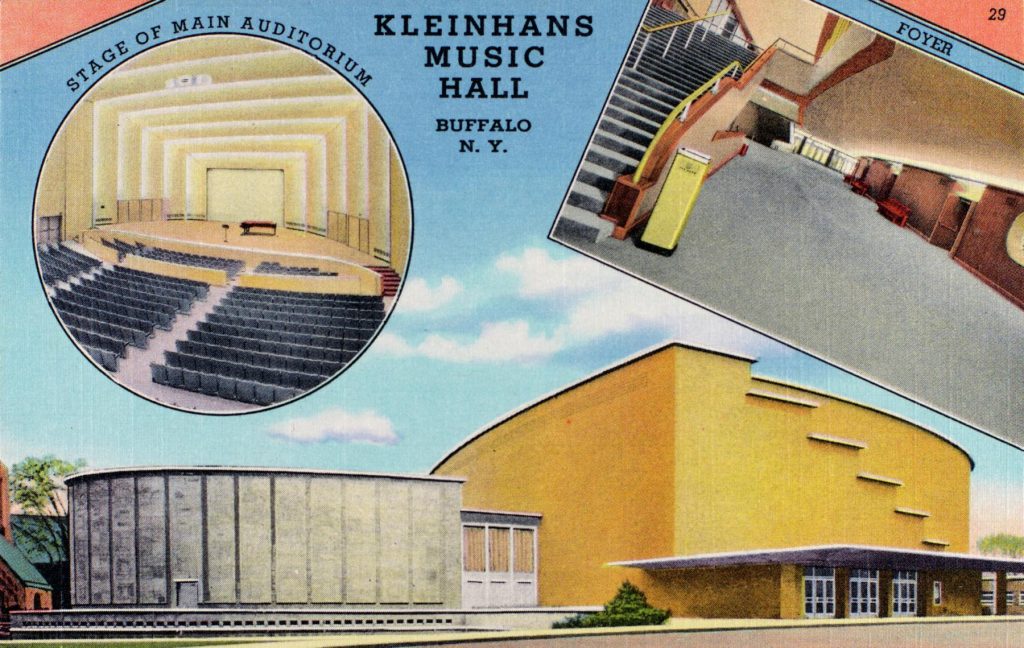 Kleinhans is set in a beautiful residential district, where it stands out dramatically like a cross between an egg and a hatbox reworked by aircraft engineers. Inside, light woods and simple swooping perspectives scream “streamlining.” Quite apart from its appearance, Kleinhans is one of the rare fan-shaped halls of the era which actually sounds worthy of its curves. Balances are close to perfect. Strings and winds come across in light cream and satin with lovely timbre for mood. The sonority coheres nicely on stage as a “ball of sound.” The hall has a short reverberation time, but this is only noticed on isolated chords. Buffalo has been lucky. This is a venue where one can build an orchestra’s sound, and I am happy to report the Buffalo Philharmonic under JoAnn Falletta has become a refined and precise instrument, similar in its general manner to the Cleveland Orchestra on home turf in Severance Hall, and a successful recording orchestra for Naxos, where it has carved out a niche for itself in neglected romantic repertory.

I was attending this concert with a group of like-minded Florent Schmitt enthusiasts, as it happens. The program included two Schmitt rarities. Phillip Nones, who diligently squires the Florent Schmitt website and follows Schmitt performances all over the world, joined JoAnn Falletta onstage for her pre-concert talk, which explored the many shades of impressionism and romance in music. Falletta delicately and literarily evoked the birds and the bees of a Satyr in Debussy’s Prelude to the Afternoon of a Faun, while Nones elicited a direct laugh from the audience in pointing out that Schmitt’s orientalist ballet heroines were always, shall we say, “questionable but fascinating”!

Speaking of musical romance is poetic, of course, but the music itself must prove one’s point. One could not have asked for a lovelier performance of the Debussy than Falletta achieved moments later, with leaves fluttering in the breeze, the sun on your neck in a forest glade, and a nimble flute making your nostrils flare with desire.

Similarly, as Florent Schmitt’s Légende, dating from 1918 and originally set to compete with Debussy’s Saxophone Rhapsody, came across the footlights in the composer’s own transcription for violin, one concluded it might as well have been written for the violin, so effective was the BPO’s new concertmaster, Nikki Chooi, in conveying its uniquely Schmittian mood. (Chooi served recently as Concertmaster of the MET Orchestra between regimes.) The key to Schmitt’s music, if we compare him to other French composers of the day, is in the way it moves. It starts and stops with the rhythm of conversation and tends to express excitement through whiplash convulsion. It’s cinematic. On the surface, Légende seems at first like Ravel’s Tzigane, a declarative riff in the midrange of the violin. But it soon proves far more human than the Ravel, indeed comes across as a smoky-voiced seduction by the orchestra, like a flirtation with a knowing woman who is not easily taken in. There’s a lushness to the attempt which goes far beyond Ravel’s unforgiving sonority. Nikki Chooi’s violin sounded like a worldly-wise torch singer.

Encountering Florent Schmitt always makes me sorry the composer never got involved with Hollywood. His music trades in ominousness and evil, as if born to accompany film noir. Anything happy and triumphantly ascendant he writes seems to find itself sooner or later on a down escalator. Listening to Schmitt’s grim opening chords for Oriane et le Prince D’Amour, I was doubly reminded of this. It would have made for one of the most chilling movie credits ever. Oriane winds up dancing herself to death, like the “chosen one” in Stravinsky’s Rite of Spring. Stravinsky’s notion, though, is impersonal and abstract, Schmitt’s drama one of shrieking convulsion, flesh and blood. Stravinsky would never have been effective on screen with an Ingrid Bergman or a smoky-voiced Gloria Grahame or a startled Gene Tierney. Florent Schmitt, on the other hand, would have been the perfect composer to accompany a quivering lip or glistening eye. Oriane dates from 1934, but in all probability has not been played stateside before this, upstaged for performance by the earlier, longer-limbed ballet score to La Tragédie de Salome, also featuring, as we would well imagine, a badly behaved siren.

After so much dangerous romance on the first half, JoAnn Falletta was joined by Polish pianist Konrad Skolarski for the more well-behaved wooing ways of Rachmaninoff’s Second Piano Concerto. There are no satyrs, vicious vixens or dances of death in the piece, just sincere and beautiful evocation. This is the music, after all, which brought us the unconsummated love affair of Celia Johnson and Trevor Howard in Brief Encounter. The Rachmaninoff is timeless—and still innovative structurally—as one of the first concertos where the piano and orchestra are not antagonists. Skolarski brought a bold romance to the music, sometimes interestingly eruptive in the left hand, but in no way eccentric. It concluded passionately to great applause, and Skolarski returned to perform the C minor and G minor preludes from Rachmaninoff’s Op. 23 to equal audience satisfaction. I imagine and hope the orchestra will want to ask him back.

As the audience filed out into the dark, still traditionally dignified in jackets and ties—a fading habit of formality elsewhere—I was reminded that not only the hall dates from 1940. Some of the listeners surely do as well. So it was easy for me to imagine another Buffalo in another time, one where shiny black Buicks lined the curb waiting for their charges with grumbling mufflers…. 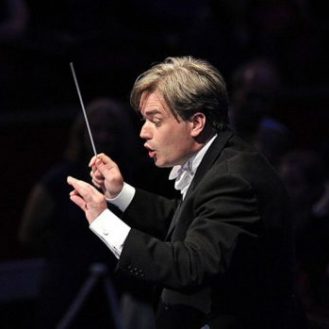 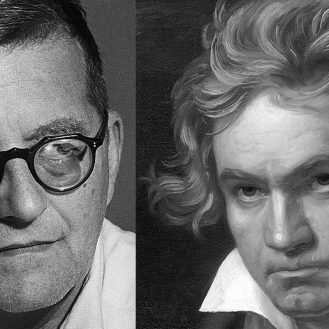