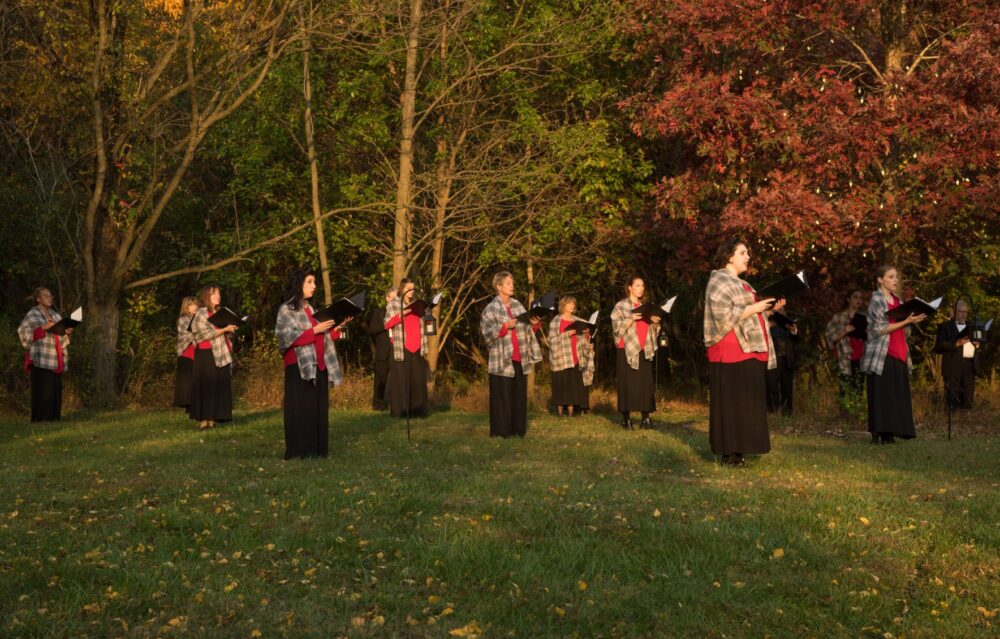 Opening Up Our Hearts: Music and Inspiration of Christmas

Sunday, December 13th, 2020, 4pm, on the Bach Choir’s YouTube Channel; also to be aired on WFMZ-TV Channel 69 twice during the month of December: at 7pm on Saturday, December 19 and again on Christmas Eve at 10pm

Those who have read my articles and reviews of the Bach Choir of Bethlehem’s work, at least the Christmas Concert and the Bach Festival, will understand just how close these events are to the hearts, not only of inhabitants of the Lehigh Valley, but to an extensive community of Bach-lovers, former members of the local audience and the outstanding, mostly amateur choir, who have moved away, and people who have heard the Bach Choir sing once or twice, or more, and travel considerable distances to attend the concerts. When I had my first immersion at the Christmas Concert of 2014, I didn’t expect to be coming back year after year, but the rich sense of community and tradition created by the choir have their way of bringing one back to Bethlehem. Christmas is the center of the religious and secular year there, it seems, celebrated with hearty eating and drinking, for many at gatherings hosted at the Hotel Bethlehem in the historic district, services and music at the local churches, above all the the Choir’s Christmas Concert, traditionally held at the First Presbyterian Church of Bethlehem, a mixed secular and religious event, which is always packed with people. The Bach Choir was founded in 1898, but it embodies other groups which go back to at least the early nineteenth century with the choir of the Central Moravian Church. A document shows that a cantata of Bach was performed in the church in the early 1720s, several years before the Mendelssohnian Bach Revival initiated by the legendary 1829 performance of the St. Matthew Passion in Berlin. When one attends one of the Bach Choir’s concerts, they seem to have been going on forever, but in fact the Christmas Concert was the creation of the current Music Director, Greg Funfgeld, in 1984, shortly after his appointment, in order to give the Choir more scope to perform, rehearse, and develop.

The Christmas Concerts are not only important to the community, local and extended, but are musically ambitious as well. I have attended Bach’s Christmas Oratorio, performed complete over two years; last year J. S. Bach’s Magnificat was paired with the Christmas section of Handel’s Messiah, in a fresh performance that would excite the most jaded listener. Concerts like these are obviously not possible in the COVID-19 pandemic, but intense work by the Choir, soloists, and the Bel Canto Youth Chorus under Greg Funfgeld, have kept the social, artistic, and spiritual elements of the concert alive in a pre-recorded Christmas program built around the bread-and-butter of the tradition: solo arias from Bach’s Christmas Oratorio and the carols and spirituals, sung by the Bach Choir together with the audience, this year interspersed with pertinent readings of poetry and prose by Charles Dickens, e. e. cummings, George Herbert, and David Ray, with his tribute to Robert Frost. The concert will close, as always, with Silent Night. You are encouraged to sing along at home, just as if you were in a pew at First Presbyterian.

The entire event was prepared and filmed in accordance with strict COVID-19 safety protocols, beginning with Choir rehearsals held outdoors for several weeks, bringing together small groups of six to eight singers. After 52 small group rehearsals, in late October some 65 Choir members gathered as one for the first time since March to rehearse and record together outdoors in Nazareth, Pennsylvania, a residential town to the north of Bethlehem, with, it seems, plenty of open space.

The high musicianship of the choirs, soloists, and Maestro Funfgeld himself—and I am deeply familiar with all of these—guarantees a musical performance of extraordinary quality, perhaps a benchmark for this kind of music-making, and the power of tradition and devotion has the potential to make this a significant simulacrum of a cherished annual gathering. 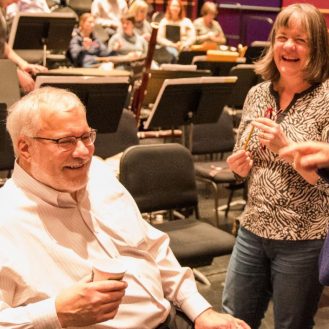 Longtime Artistic and Executive Directors of the Bach Choir of Bethlehem announce their retirement, following the 112th Bach Festival. 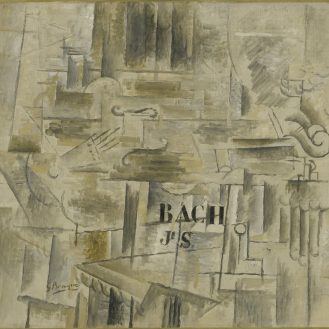 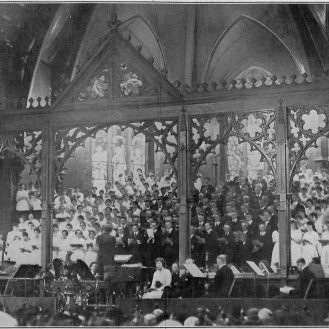 The Bach Choir of Bethlehem’s Upcoming Season, with a Backward Look at the Bach Festival in May 2015 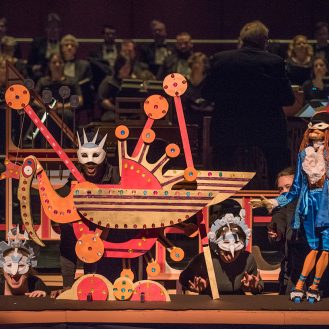