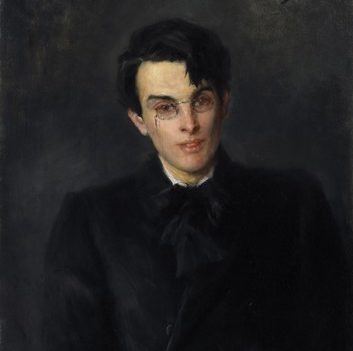 In the spirit of the Twelve Days of Christmas as a time for quiet reflection and a turning inwards, we'd like to offer a gift of a recording of New York Arts's second performance event, held on June 1, 2013, at 7 pm, in connection with my own exhibition of photographs of Western Ireland at the Centerpoint Gallery in New York City: a reading/concert in which the acclaimed poet, Lloyd Schwartz, Senior Classical Music Editor of New York Arts, read poems by W. B. Yeats with interludes of traditional Irish music played by Dorien Staljanssens, flute, and James Cleveland, fiddle.