Rescue or looting? It’s disturbing to visit the Elgin Marbles at the British Museum, I find, because the eye notices their wreckage and beauty at the same time.

One empire, the Ottoman, ignored the Parthenon as art, affixing a minaret to it and using it as a mosque. This neglect was probably better than the pillaging that another empire, the British, did after 1801, when Lord Elgin chivvied a document from the Turkish sultan that may or may not have allowed him to hack off and cart away half the friezes, pediment statues, and intermediate sculptures along the roof edge, or metopes. Elgin “rescued” enough precious art to strip the temple fairly bare. When he was nearly broke in 1816, the British government bought the marbles, after a queasy debate in Parliament that ended, basically, with “they’re ours now, nobody else can have them.”

The Greek nation disputes the rescue claims and looks upon the Elgin marbles as vandalized. The legal battles to restore the sculptures to their homeland, so far unsuccessful, point up the sleaziness of art theft, upon which most museums are based in part, or totally when it comes to ancient artifacts. Stealers become owners and then sell to other owners, until time gives a patina of respectability to the original looting. Still, as you gaze at these sad, magnificent relics, a guilty gratitude arises that they haven’t been fatally mutilated. The Parthenon was a church in 1460 when the Ottomans arrived, and we all know how devout Christians felt about pagan art. Graffiti streaked the sublime serried columns; faces were sheared from statues for fear of offending God by showing idols in human imagery; genitals were chipped away to gratify prudery. Since the British Museum took charge, more damage has been done by crude cleaners using abrasives and scrubbers. As late as 1938 it was mistakenly thought that the marble should be white, when in fact the natural tone of the stone, once it’s been exposed to air, is a pale honey color. (The way civilization looks at sunset?)

I didn’t fixate on these sorry events on my visit but walked around thinking, rather simplistically, how Western culture sprang from these two hundred soldiers, horses, centaurs, bullocks, maidens, deities, and fragmentary torsos. Nearby in a preceding gallery stand a menacing pair of immense Assyrian gatekeepers, winged beasts with square human heads, the faces adorned with waist-length rippling beards. What if the Persians hadn’t been stopped in their various invasions of Greece and Western art took off from such alien creations rather than the “right” ones from Athens? The greatest of Greek sculptors, Phidias, is given credit for the gigantic effigy of Athena that stood as the center of worship in the Parthenon (it was lost long ago to looters less concerned with beauty and more with the statue’s content of ivory and gold). It cannot be said with certainty that Phidias sculpted the friezes, however, or anything else on display here. If it was only his studio who undertook the Parthenon’s massive carving project of almost five hundred pieces, then I am even more impressed in a way, because the uniform excellence of the work is dazzling.

Dazzling and mysterious. Why did these artists decide, with the backing of their small city-state (the actual citizenry of Athens numbered less than Boulder, Colorado), that human bodies depicted realistically are the height of beauty? Almost every other culture, East and West, stylized the body to make it more fluid, closer to ideal geometry, more feminine and prettified, or more fiercely virile with exaggerated sex characteristics. Why didn’t the Parthenon look like Easter Island, its gods rendered as monstrous abstractions? I know, there’s a bunch of philosophy at work and centuries of tradition preceding Phidias. Still, India has a bunch of philosophy, and their classic statuary is so smooth as to make the human body look boneless.

One also notes, among the breathtaking musculature of the torsos, that the Parthenon’s sculptors didn’t beautify faces. Those that aren’t sheared off look gruff and coarse, and most look alike – these aren’t individual portraits. But in a sense the bodies on view are the portraits we see in our mind’s eye when we think of the ancient Greeks – all those busts of Socrates and Plato are just some later Roman’s favorite uncle or rich patron. The Greek carvers loved horses as much, if not more, than men, and I came away remembering the alarmed expression on the most famous equine head while forgetting all the humans after a single glance.

The West isn’t alone in lacking a true Golden Age, or in imagining one to fill the vacuum. For anyone who adores what the Elgin marbles stand for – civic coherence, heroic aspiration, the art of war, perfected anatomy, utmost skill in marble, delicate drapery that flows with an invisible breeze and caresses supple limbs, humane gods, and personified wisdom – the Parthenon still stands, no matter how much wreckage it has endured. The most touching tribute to it I can think of is this: When the Turks who were occupying the temple as a fort and munitions dump had run out of bullets, they began to dismantle the columns to melt down their lead fittings to make more ammunition. Seeing this, the Greeks who were besieging the Acropolis offered their own bullets instead to make up the deficit. No Golden Age, then, but at least a golden moment.

The Elgin Marbles: Another View, by Michael Miller

On The Elgin Marbles, a Poem, by Michael Miller

The Opening of the New Acropolis Museum, Athens, by Lucas Miller

The new Acropolis Museum — a glimpse at the opening party (and of the opening speeches), June 19, 2009, from the blog, A Don’s Life, by Mary Beard. 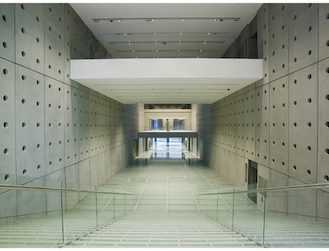 The Opening of the New Acropolis Museum, Athens 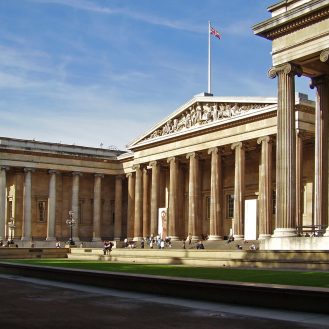 More from Edinburgh and London…and more Elgar at Bard