Speaking in tongues. I don’t know who Jeremy Piven is, but when he pulled out of the current Broadway revival of David Mamet’s Speed-the-Plow, he gave the most amusing excuse, perhaps, in theater history. He claimed to be suffering from mercury poisoning that had accumulated after years of eating sushi. No doubt he actually withdrew in a fit of pique, but wit counts for something. That could be the motto of the play, in fact. Speed-the-Plow is a witty skewering of Hollywood mores, exposing the rancid combination of greed, angst, thick-skinned betrayal, and mealy-mouthed self-congratulation that is the movie business.

Hollywood is hoary ground, naturally, so Mamet has to be quick and brilliant to give his subject some semblance of life. Speed-the-Plow has little plot, no more than a sketch, really, concerning two producers who must cling to one another, despite mutual suspicions, in order to get their studio to green light a schlocky buddy pic.  Their sole aim is money, so we and they care nothing about the merits of the script. Only the bottom line counts in ka-ching culture.  But a third character, a temp filling in while the office secretary is out, does care, very much. She attempts to convert one of the producers to goodness and social virtue, using the offer of a one-night stand as bait. Is that how idealists operate? It is in Mamet’s comically degenerate Hollywood, and he can’t be bettered for laugh-out-loud cynicism. (“Bobby,” one of the sharkish producers scolds the other. “You’re a whore. Just because you work with your legs, don’t think you’re a ballerina.”)

The current production is expertly performed, but the casting is badly skewed. To fill the void left by Piven’s departure, they were able to find one of Mamet’s closest associates, William H. Macy—he of Fargo fame—who can forget Macy’s screams of desperation as the police literally pry his fingers loose as he clutches to his last refuge in a bleak Minnesota motel?  But Macy, adept as he is at Mamet’s biting patter, is thirty years too old for the part of Bobby Gould, a thirty-something, out-for-fresh-blood comer, not an old veteran.  As enacted here, Macy feels more like a defeated has-been struggling to stay hip. Still, if you can accept such a drastic skew, Macy is superb on his own terms.

His coeval, Charlie Fox, is twice as conniving and bitter as Bobby, because after eleven years of riding coattails and kissing behinds in Babylon, Charlie depends for his survival on Bobby, who has just been promoted to deputy studio head.  Raúl Esparza turns Charlie into a manic machine gun. Esparza’s virtuosity at sliding in a split second from avaricious glee to neurotic despair or fanged back-biting sprays the stage with bullets in all directions. As a pair, the two spar brilliantly. One is reminded that Mamet is our chief collector of local dialects, which he polishes and condenses until they are diamond hard.

The lingo of every profession is specialized and closed to outsiders, but Mamet somehow intrudes himself into foreign locales and purloins their speech, along  with its psychological import. He did this with impeccable cruelty in Glengarry, Glen Ross (1984), a bone-chilling examination of low-life real estate promoters. More genially he caught the smell of the greasepaint in A Life in the Theater (1977),  about a washed-up actor’s last stand. But his ear seemingly has no limits, because whether it’s the world of cops and robbers, grifters and criminal fantasists, there’s an uncanny verisimilitude to every milieu being mined, all the more amazing because Mamet’s condensations are, basically, his own invention.  He takes the essence of a dialect and imbues it with menace, paranoia, and comic dread—comic because the dread isn’t ours. It belongs to the losers, poseurs, mooks, and patsies we are observing.

The question raised by all these excursions into foreign territory, including Speed-the-Plow, is “So what?” Having used his pitch-perfect ear, once his specimens are fixed on the collecting board like so many verbal butterflies, what is there to gain beyond the whiff of dread, paranoia, and menace? There’s cleverness of plot, as in Mamet’s film, House of Games (1986), a gambit about con artists in which the audience is as victimized as the main character. But once you grant Mamet an intricate puzzle mind and expert ear, the experience of his plays and films tends to vanish within minutes of leaving the theater.  This isn’t Pinteresque menace, the dread of Beckett, or the comic violence of Joe Orton and Martin McDonagh. They leave imprints on the heart.  In the end, the glittering surface of Mamet may be all there is.

The redemptive character in Speed-the-Plow is the temp secretary, Karen, an idealist who, once she finds herself in the shark tank, turns out to be no easy bait. She wants Bobby Gould to green light  a dystopian futuristic novel that has no cinematic value (Bobby is giving it a “courtesy read,” as the term goes) in place of the sure-fire schlock project that he and Charlie think will make them rich. The middle of the play is occupied with Karen’s visit to Bobby’s mansion in the hills, where he intends sexual seduction while she intends spiritual conversion. As played by Elisabeth Moss (known to fans of the TV hit, Mad Men, as the beguilingly mysterious Peggy), Karen seems too one-dimensionally naive. We are supposed to think Karen is playing her own self-serving game, and yet when the climactic scene arrives in which Charlie fights to pull Bobby back down into the darkness while Karen fights to preserve his new-found goodness, I couldn’t tell if Karen was a player with a particularly insidious hook or simply a naif who was outclassed by the more wolfish and experienced Charlie.

In any event, Mamet has set up the chess board so that schemers will win, however repellent they are, and mooks will lose, however good-hearted they are. This kind of predestination feels cynical, and nothing wrong with that. But it makes Karen a pawn in Mamet’s strategems instead of a real character — a real character at least has a chance of escaping the trap before it springs. Nobody has a chance in Speed-the-Plow to do anything but show off their brilliant verbal plumage. For ninety minutes, just enough time to keep the audience from growing restless, sparring and gamesmanship give Speed-the-Plow enough air to breathe.  Any longer, and the whole thing would have grown banal. Dialect isn’t the same as meaning, after all,  and half a block away from the Ethel Barrymore theater, you find yourself looking for a good deli with nothing else on your mind. 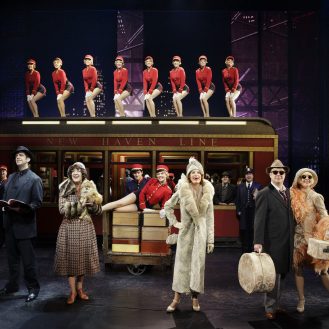 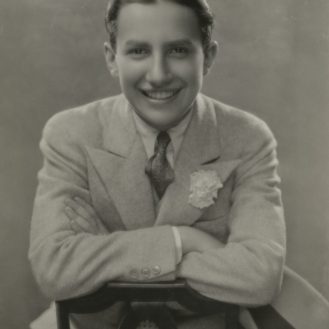 Discoveries and Restorations from Universal Pictures at MoMA, beginning with King of Jazz 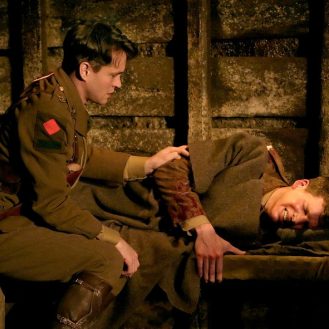