For some reason that escapes me 2009 has become a “Beethoven year,” or at least a “Beethoven symphony year.” James Levine,* Leon Botstein, and Gerard Schwarz, to name only the conductors who immediately come to mind, have seen fit to begin Beethoven symphony cycles this year. 1809, however, was almost a fallow year for the composer. On the positive side of the ledger, he was able to parlay a job offer in Kassel into a secure contract from his chief patrons in Vienna. On the other, he was trapped in the city during the French siege and two-month occupation, cut off from his friends. The previous year he had finished both the Fifth and Sixth Symphonies, the Choral Fantasy (and much else) and seen those works performed at a long concert held for his benefit on December 22, just five days after his thirty-eighth birthday. In 1809 he worked on only a few, but important works: the fifth piano concerto, the string quartet Op. 74, and the great “Farewell” sonata for piano. It is especially interesting that he composed quite a few cadenzas for all his piano concerti, from the very earliest, the second, Op. 19, which he had begun twenty years earlier, as well as the violin concerto. Was he looking back at his concerti as a finished body of work, codifying the group with cadenzas in his latest style? Was he looking forward to a busy concert schedule? In any case there’s not much to commemorate Beethoven-wise in 2009, other than perhaps his misguided proposal of marriage to his physician’s daughter, then nineteen, who was the last woman in Vienna to see Beethoven as anything other than a cranky, quite unhealthy fellow twenty years older than herself.

Leon Botstein, who will spread his cycle over two years, kicked off with the concert at Bard reviewed by Seth Lachterman in this publication. It included the first and second symphonies. On Sunday, I attended Maestro Botstein’s “Classics Declassified” concert-lecture about the first symphony at Symphony Space in Manhattan. This was a fine occasion, in a house that had few, if any, empty seats. Following the format of the series, Mr. Botstein discussed the work at length, conducting musical excerpts from earlier precedents by Haydn, Mozart, and Paul Wranitzky. In my review of a Sir John Eliot Gardiner’s brilliant performance of Haydn’s Die Schöpfung the night before, I mentioned that Haydn’s mature oratorio and Beethoven’s youthful symphony were linked through a connection with Gottfried, the Baron van Swieten. Wranitzky, an important and ubiquitous figure in Vienna, both as a composer and a conductor, highly regarded by Haydn and Beethoven, conducted the Vienna performances of Die Schöpfung at Haydn’s insistence. Beethoven may have found deeper inspiration in Haydn and Mozart, but Wranitzky was the man to beat, not the venerable and invulnerable Haydn, who was entirely capable of beating him at his own game.

In the classical music world today, there are many educators, but few as witty as Leon Botstein, or as learned. He rightly stressed the emotional and ethical “colors” of tonality, the influences on the work in question, the analogy between classical structure and the rhetoric of the eighteenth century novel, and chose to illustrate parallels with long excerpts, comprised entire expositions and most of the developments. Botstein also emphasized the distinctness of the individual symphonies, written at intervals of several years for different purposes. It is fascinating and enlightening to note that Jan Swafford begins his essay for the Boston Symphony Beethoven cycle with a bold statement of exactly the opposite point of view: “Beethoven grew up playing Bach’s Well-Tempered Clavier, and that stupendous collection had an incalculable effect on his music. Among other things, the WTC implanted in him, whether consciously or not, a sense of a synoptic body of work, meaning a set of pieces in a single medium that seems to explore the full depth and breadth of what that medium can do, and beyond that depth and breadth what music itself can do.” After that, Swafford continues with a paragraph on the variety of the symphonies which reconciles him somewhat with Botstein’s point of view. It’s not that one is right and the other wrong. It’s what the greatest art does to us when we try to classify it.

The illustrations in the lecture consisted of symphonies in C Major, the key of the central work, by Haydn (No, 97), Mozart (K. 425, the “Linz”), as well as Wranitzky’s Symphony “Joy of the Hungarian Nation.” A critic should not really comment on excerpts played as illustrations in a lecture, but the snippets of the “Linz” were exceptionally well realized, almost ready to go as a complete performance. I should also mention that the Wranitzky symphony was once available in a sparkling performance by the Hungarian Chamber Orchestra, led by Vilmos Tatrai. This recording should be back in the catalogue. The work is particularly Haydnesque, but full of a lively charm of its own, recalling Haydn’s Sinfonia Concertante of 1792, especially in the last movement.

Botstein and the ASO then played Beethoven’s First Symphony through in a solid, literal performance with all repeats that did full justice to Beethoven’s debts and originality. The dry acoustics of Symphony Space, duly lamented by Mr Botstein, didn’t make it easy for the reduced orchestra to project, but there was a nice differentiation of string sonorities, often dark and full of character, with a clearly audible bite to the attacks. Their approach was very much in the straightforward, no-frills vein, which has become popular in recent years through Osmo Vänskä’s performances with the Minnesota Orchestra, both on tour and on CD. As energetic and even boisterous as the First Symphony is, the work offers little temptation to storm the heavens in any case. “Classics Declassified” was most enjoyable event, making one look forward to the next one (Sunday, February 07, 2010, at 4 pm, when Dr. Botstein will take up the “Eroica.”

*James Levine, who is recuperating from back surgery, will not resume his duites wtih the BSO until late January. Julian Kuerti and Loren Maazel will conduct the remainder of the Beethoven symphonies. 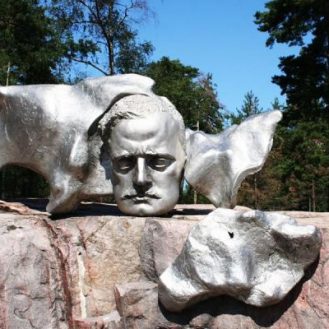 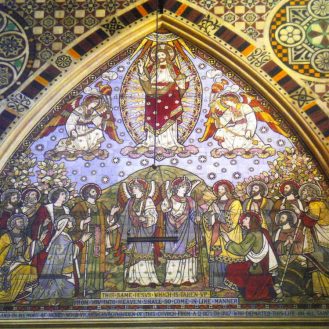 Elgar’s The Apostles, with Leon Botstein and the American Symphony Orchestra at Carnegie Hall 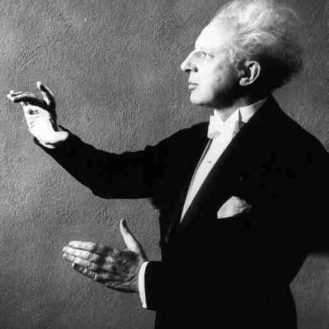