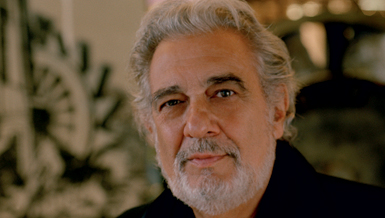 Streaks of gold. Among Verdi operas that connoisseurs treasure but not the general public, Simon Boccanegra stands high. In the modern era there have been perhaps two worthy recordings and very occasional stagings. Yet suddenly Boccanegra is everywhere, thanks to the decision by Placido Domingo to take on a baritone role. Last night at the Proms he scored a spectacular success, with popping flashbulbs and shouting worthy of the World Cup. Verdi was a confirmed atheist, but if his shade survives, it must have been astonished – the reception was far wilder than the one accorded to Die Meistersinger the night before.

The reasons not to like Boccanegra persist. Its political plot, involving Guelphs and Ghibelines in medieval Genoa, is impenetrable, and even though sudden changes from love to hate and back again are common coin to Verdi, here they become almost ludicrous. The tenor, Gabriele Adorno, is a hothead who tries to kill Boccanegra at least twice, instantly repenting when he fails. There are insinuations of father-daughter incest that are unpalatable (and unfounded), and the hero’s death by slow poisoning rivals Gilda expiring in her sack at the end of Rigoletto. The opera must survive, if it is going to, on the strength of the score, which isn’t neatly divided into arias, recitatives, and ensembles but instead presents a continuous, gloomy psychological atmosphere that becomes darker and more profound as it builds. Streaks of brightness shine through, mostly in the lovers’ music early on. All three meanings of “funesto” (fatal, disastrous, dismal) prevail for the last hour. Six thousand listeners in Albert Hall cheered lustily anyway.

This production was shifted to the Proms from the Royal Opera, bringing along sumptuous costumes straight out of a Bellini court portrait. Acres of velvet and brocade are always effective (Meistersinger, unfortunatley, had been dressed all in black — a crime for a comedy). The London critics adored the whole cast, which was unusually consistent and assured. The central feud is between Boccanegra, the people’s choice to rule Genoa as Doge, and Fiesco, emblem of the aristocratic party. The veteran Ferruccio Furlanetto was sonorous and dignified in the role of Fiesco, leaving the villainous mugging to his henchman Paolo, dramatically sung by Jonathan Summers. Even the minor henchman, Pietro, had an imposing bass – I imagine we’ll hear more from Lukas Jacobski, a very tall Polish bass training in the Royal Opera’s young artists program. He comes from the bottomless well of low voices in Eastern Europe and Russia.

As the young lovers we had a matched pair of mellifluous, easily produced voices in Marina Poplavskaya’s Amelia (Verdi must have loved the name, as often as it appears in his operas) and Joseph Calleja’s Gabriele. I wish they possessed the steel and valor that make for true Verdians. The composer was not a fan of pretty vocalizing; he wanted deeply felt characters. Both of these singers played their parts out of a book of cut-outs, and Calleja’s smooth, supple timbre belongs more in the world of Donizetti and Rossini. Still, their musicality was appreciated. It was also discreet to surround Domingo with smaller voices, perhaps, since his is a bit diminished in size. “A bit” is fair, because there is plenty of strength remaining, an astonishing amount, as the world knows, for a singer of 69–if you want to be truly amazed, hear his recent DG recording of a neglected song cycle by Leoncavallo, Nuit de mai, where he is pitted against a large orchestra singing an ardent, taxing role like a tenor in his thirties.

Celebrated as Domingo is, the carping class has complained for years about the baritonal coloring of his voice – don’t ask me why – even though that is what allowed him to essay Otello from a young age. Domingo made an unsuccessful venture in the Barber of Seville, where his Figaro, baritonal or not, wasn’t right. But Boccanegra is. The character is old after the first scene, and he carries many burdens, which Domingo poignantly reflects in his dark lidded eyes. The music lies high in the baritone range, so there is no problem about too many low notes. But with Domingo you are always aware of hearing a tenor, skewing the ensembles away from Verdi’s intentions. In Don Carlo there is a celebrated confrontation between two bassos in the Grand Inquisitor scene, and three low voices create a unique trio at the beginning of Don Giovanni. Here we have even more contenders for the vocal depths (Boccanegra, Fiesco, Paolo, Pietro) being combined with somber colorations in the orchestra – the bass clarinet is prominent, and three trombones. Boccanegra has always been the highest voice of the group but rich enough for Rigoletto. Domingo isn’t. His emotional involvement overcomes such considerations, however – I think Boccanegra and Parsifal are the two parts where Domingo surpasses himself as an actor.

In the aftermath of his big triumph, I was thinking about an essay by Charles Rosen in which he discusses vulgarity in 19th-century opera, making the point that even a genius like Verdi was vulgar compared to opera’s loftiness in the period from Monteverdi to Gluck. The rum-tum of Jacobean tragedy – vengeance, blood oaths, recreational murder – was stripped of aristocratic poetry and reduced to bare bones melodrama. Out went Greek gods and myths; in came gypsy fortunetellers and shopworn courtesans. Verdi himself had dealt with Joan of Arc and the Old Testament (in Nabucco) early on. He escaped from that respectable territory because he shared with Wagner a streak of the political revolutionary. His embracing of a popular style wasn’t vulgarity but a striving for universality; he accomplished what the communists dictated in the Soviet era but failed at, great art for the masses. Also,Verdi was a psychological fatalist, and his fascination with love shadowed by death, happiness by tragic accident, honor by atavistic hatred served him well. “La forza del destino” imprisons every character in his operas until we get the magical comedy of Faltstaff as the most amazing exit of any composer.

Antonio Pappano’s conducting was somewhat too soft for tightening the vise, but one has to admire the refined, expert playing of the Royal Opera orchestra under his directorship. The chorus plays a major role in Simon Boccanegra as rabble, aroused citizenry, and vengeance-seeking councilors. The Royal Opera forces were magnificent in the greatest scene, added years later by Verdi in a vain attempt to turn a flop into a hit. Posterity can thank him for the Council Chamber scene, which raises the musical level of Boccanegra into another dimension, worthy of Don Carlo, his masterpiece of historical tragedy. For Verdi’s sake I rejoice that Boccanegra has at last been welcomed with open arms, even if it falls short of being consistently great. And of course, viva Domingo, who is capping a superb career with new greatness that no one could have ever predicted. 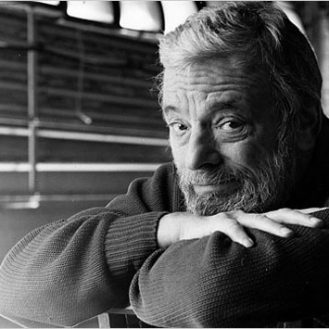 Sondheim at 80 – excerpts from Sondheim Works 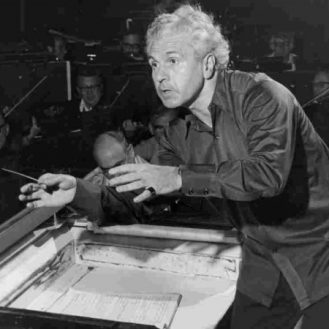 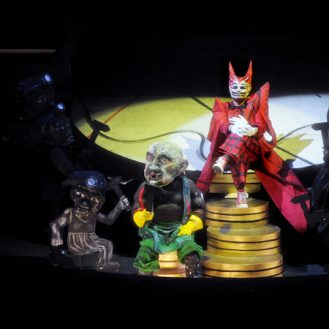