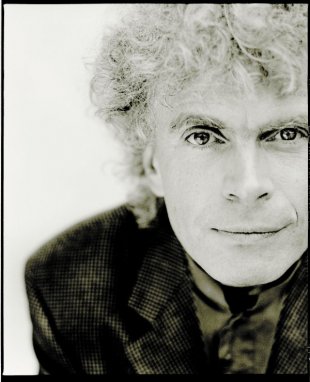 Orchestra of the Age of Enlightenment
Sir Simon Rattle conductor

Point taken. Whenever period orchestras venture far beyond the Baroque, they have something to prove. But at last night’s concert of Wagner and Berlioz by the esteemed Orchestra of the Age of Enlightenment, some of the proof was self-evident. Banished completely are the intonation problems that plagued such ensembles in the past; one felt secure in the technical abilities of every section; the wind soloists played as expressively as anyone could wish. London is a center for period performance, which has become beloved. Sir Simon Rattle has conducted Act II of Tristan in concert, with the forces of Berlin and Vienna, but it’s good to be flexible, and since he enjoys a long-standing rapport with the OAE, they were a comfortable fit.

For myself, I still can’t see why buzzy violas and thin reeds add anything desirable, and only the experts could inform us why the cellos, alone in the string body, played with constant vibrato while everyone else was allowed none — I thought vibrato was reserved for expressive moments, or perhaps Tristan lacks those. The best thing about having Rattle on hand was that he pushed the OAE to play like the Berlin Philharmonic, and miraculously, they did, never holding back, always eager and alive. He was the hero of the evening. His Wagner career didn’t take off until he went to Berlin, but now I’d rank Rattle as a master. The 85 minutes of Act II of Tristan, turned into a sustained glowing arc of passionate music-making.

From the singers’ point of view, things were topsy turvy. At Bayreuth the orchestra would be under the stage, its sound subdued to a considerable degree. Here, with the orchestra at stage level, the singers couldn’t compete fairly. We were fortunate to have the best possible pairing for the two leads. Ben Heppner has owned the role of Tristan, for twenty years. At 54 he isn’t in top form, and there have been notable vocal foibles for a decade. Yet the size and splendor of his tenor make him unique, and he sings with real dramatic commitment. His Isolde, Violeta Urmana, now fits the scope of a dramatic soprano very well; the brightness of her upper notes never indicates that she started out as a leading mezzo. Her dramatic portrayal isn’t charismatic, however; she basically moves proficiently from phrase to phrase. But this pairing has been Rattle’s first choice in the past and no doubt will continue to be as long as Heppner’s vocal health permits. In the supporting roles Sarah Connolly rang out in Brangäne’s Watch, although she was rather subdued singing beside Urmana. Franz-Josef Seling is a real find as Marke, sounding young and authoritative, his basso as steady as a rock but still expressive.

What is there left to say about Tristan? There have been peaks in musical history that didn’t extend their influence to the culture at large — the B Minor Mass, Fidelio, Die Zauberflöte — but Tristan, like Beaumarchais’ Figaro two generations before, sent tremors through all of Europe. It was on everyone’s lips, even those who had no idea what the “Tristan chord” meant, or who couldn’t feel the revolutionary emergence of full chromaticism. Each act of the opera is a world of its own. Act II is all expectancy, sexual eagerness, and an underlying erotic power that being irresistible, feels immortal. Mortality returns with orgasm, of course, or in this case with the intrusion of King Marke. His long monologue makes many listeners impatient, but I find with the years that I appreciate it more — and him, too. He stands for the mature civilized adult who must accommodate the wildness of Eros; therefore, his attitude of compassion, understanding, and regret is the pillar of our social survival, the clear daylight that frames the passionate night and in a way protects it.

The concert opened with 17 min. of music before the intermission, a rather capricious offering. Rattle is well suited to Berlioz when he can stop being too fussy. Here, in the Love Scene that is the best music from Berlioz’s Romeo et Juliette, I’d say he split the difference. The ardent, surging love theme was given a loose rein (too bad the violins were not allowed even a smidgeon of vibrato — I was reminded of an old affectation when posh people stirred the bubbles out of their Champagne with a swizzle stick), while the rest of the music felt a bit too examined. In case anyone winds up playing the music edition of Trivial Pursuits, Leonard Bernstein was the first to point out that the opening of the prelude to Tristan, quotes note for note the Love Theme of Berlioz, minus the revolutionary harmony, of course. (Romeo et Juliette was Wagner’s favorite work by Berlioz, as he acknowledged with gratitude when he sent him the full score of Tristan in 1860.)

The incidental point of the evening, that period practice works in high romantic music, was proved, but I can’t help holding a grudge. The main reason the OAE succeeded was that they accompanied singers; on their own, I wouldn’t relish hearing them play Wagner’s orchestral music. London is the place to come if you want to look forward in all things backward, referring to musical chronology. I walked home humming the main themes from Tristan, doing the best I could to add a healthy warm vibrato as I went along. 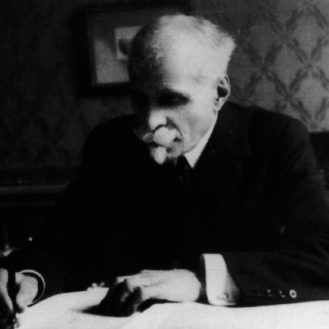 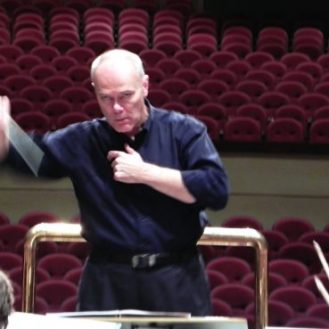 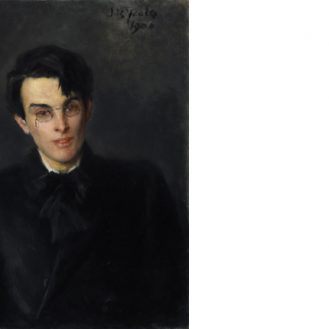 Vivaldi’s Griselda From the Pinchgut Opera of Sydney