NATURE FETISH: A Public Opera
by The Panoply Performance Laboratory

Both were written/notated in collaboration with the developing performers and the public participants in the Focus Workshops.

Panoply Performance Lab just completed the third and final stage of development for their current project, NATURE FETISH: A Public Opera, with a run of “interactive public workshop performances,” which I had the pleasure to attend at University Settlement. Now that their three stages of development are complete, they will be taking the show around the city this summer—so you, too, can take part in this wonderfully innovative happening. This ensemble of 10, equipped with a wide array of instruments including clarinet, keyboard, drums, saxophone, flute, piano, percussion, banjo (played, at one point, with a violin bow,) violin, electronics, a head of lettuce and other noise-making vegetables, explore the “nature of nature” in this modern opera unlike any other. Beginning with a sequence reminiscent on an off-the-wall elementary school music class for the audience and growing into a delightful garden of multi-sensory stimulation, NATURE FETISH takes performance and its spectators into innovative new spaces, which are lush with ideas, sounds, gestures, and vibrations.

It is no wonder that the development of this piece required a series of public workshops, for the interactive element is integral to the play. The results are extraordinarily successful—they are revolutionary with the way in which they have approached the element of audience involvement. Rather than disarmingly or violently breaking down the fourth wall, rather than aggressively demolishing the divide between actor and spectator, the piece involves the audience with the spirit of love and inclusion. NATURE FETISH radically reconfigures roles and relationships, not through confrontation and destruction, but through inclusivity and the “revelation of space”—that is, instead of collapsing upon their audience, they open up and create inviting new space for the audience to enter and explore. Many theatergoers are put off by the prospect of “audience participation”—but the ensemble of PPL takes you warmly into their womb, lovingly, with the spirit of sharing and equalization. No one is singled out or put on the spot. You needn’t be afraid! Indeed, quite to the contrary, this is a uniquely sublime experience, simultaneously startling bizarre and familiarly fitting, like a long forgotten home, or the body from a past life.

NATURE FETISH is heady and theoretical while at the same time sensual and experiential (and, refreshingly, in no way pretentious).There is a glorious overabundance of stimulus—sounds of instrumentation, vocal song and speech, a multiplicity of movement, and a constant stream of verbalized thought—so that one’s attention as an audience member is free to roam and choose. One may lose oneself in the sensation of the vibrations, colors, gestures, and sounds, allowing it all to wash and submerge you; one may also choose to focus on the language, the spoken theory dealing with the complex philosophy of nature, culture, technology, body and system that the piece concerns itself with. I myself was so enraptured in the sensual experience that much of the intellectual theory, which truly is the backbone of and unifying element of the play, was lost on me—which is not to say that this is the only way to take in the experience. I do, in fact, look forward to seeing NATURE FETISH again, for I will appreciate the opportunity to turn my attention towards everything I missed the first time around.

May 18th @ KuLe as part of Anima/Animus #1 curated by Melanie Jame Walsh, Berlin

June 15th and 16th @ the Center for Performance Research

NATURE FETISH has been performed: 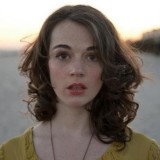