I’ve written many times about musicians’ giving spiels before they play and how intrusive this can be on the music by denying that important transition from the audience’s excited chatter as they find their seats, to the musicians’ walking on, to the silence before the first note. These spiels are very different from the pre-concert talks which are common now and elective, take place well before the actual concert, and can be informative. Here was a more egregious example — first violin Edward Dusinberre gave an entire short lecture before the Janáček and Britten quartets, complete with short musical excerpts just before they hoed into the actual piece. Then Gordon Kerry himself was brought on to talk about his piece just before they played it. I think even a “modern audience” can take its music straight and have a fighting chance of understanding it. The lecturing seemed to throw them off, the words over-specifying and materializing the music, being too heavily prosaic for the music to bear, though perhaps jet-lag and fatigue from touring, or just a bad day contributed, but it was disappointing that the music of this usually very fine group sounded so flat.

I do enjoy Janáček’s music very much, especially his first quartet, ignoring the “Kreutzer” background story from the Tolstoy novella as unnecessary. Its color and texture range is very great and its unpredictable zigzagging path never seems to end up at the same place after different listenings. Takács seemed to declaim each phrase in turn, rather than converse within the music on equal terms. All the musicians move about quite a bit when they play, which isn’t wrong or a problem in itself if it helps them play excellent music, but it is very difficult to say whether an individual phrase sounded right in the performance, however highly emotive on the surface, when each phrase seemed to be asked to stand on its own, reneging any ties it might have to the greater form. They brought in some interesting colors, but didn’t seem to have a great range of colors or texture for this piece, and the others in the program too though they were a bit more expressive as whole pieces. Their timing was a little blunt at times, especially the parts with fast shaken bows. They tend toward a wide vibrato often with a little tremolo with it, which perhaps can work in some contexts when used sparingly so as not to wear out the effect, but here just added to the smudginess of the music. Individually the musicians can play extremely well of course, and their music was listenable even if they didn’t seem to quite have it together on the day, but I don’t think this is a case of individualistic playing with each on a different wavelength. Dusinberre played quite dominantly, he could always be heard distinctly outside the ensemble sound, refusing to blend into it, but this wasn’t to serve to lasso them all together in any way, it was more that the group sounded a bit tired of the music, so perhaps there is a degree of over-familiarity too.

The Britten D Major Quartet sounded better, but still lacked in purposeful interpretation. It is a ranging piece, very difficult to handle in a sensible way — it is not really a youthful piece since Britten was nearly 30 when he wrote it and was a prodigy as a youngster, but it does have an experimental quality and can be a tad uneven, but that just calls for all the more chutzpah on the part of the interpreters. It is interesting at least as one of his wartime pieces in between the passionate song cycle of Michaelangelo sonnets of 1940 and the very mature cycle of John Donne’s holy sonnets. Again, the spiel immediately before the music didn’t help with such ethereal, even fragmented, music, thought the third movement’s opening “sea sounds,” which return at intervals, were convincing, even some of the transitions to the more solid music in between.

It’s a bit cruel to ask a composer to talk about his own music in the concert hall and if one can’t get out of it, it would be better to avoid explanation, especially immediately before the performance. So it was partly the speechifying which flattened the contemporary Australian piece in the program — one needs a little more personal space to readjust to one’s altered expectations. Gordon Kerry’s Variations finish up with a quick up-swelling to an upbeat ending, here and often having something like a germanic romantic flavor. Each variation moves quite far from the first and the previous, to give a sense of little discrete sections strung together. The musicians applied themselves to it as much as in the Britten or the Debussy quartet, but with something of the same declaiming emotive style and relaxed form.

The Debussy G minor quartet sounded best of all, yet still was held back by superficial feeling in its more moody parts and unclear form to the interpretation. The tendency in Debussy’s music toward tautness and a spare, un-wasteful manner of expression, should be encouraged, a sharp focus brought to it, as does Jean-Efflam Bavouzet in his interpretations of the solo piano music. Takács’ coloring was more nuanced here, they made some beautiful sounds here and there, but this alone, it seems, didn’t give the piece its backbone. 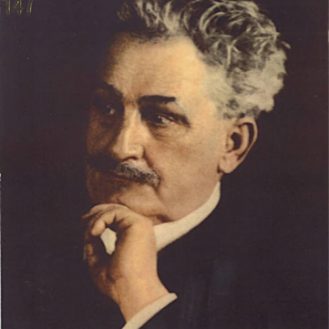 Derek Katz, Janáček: Beyond the Borders