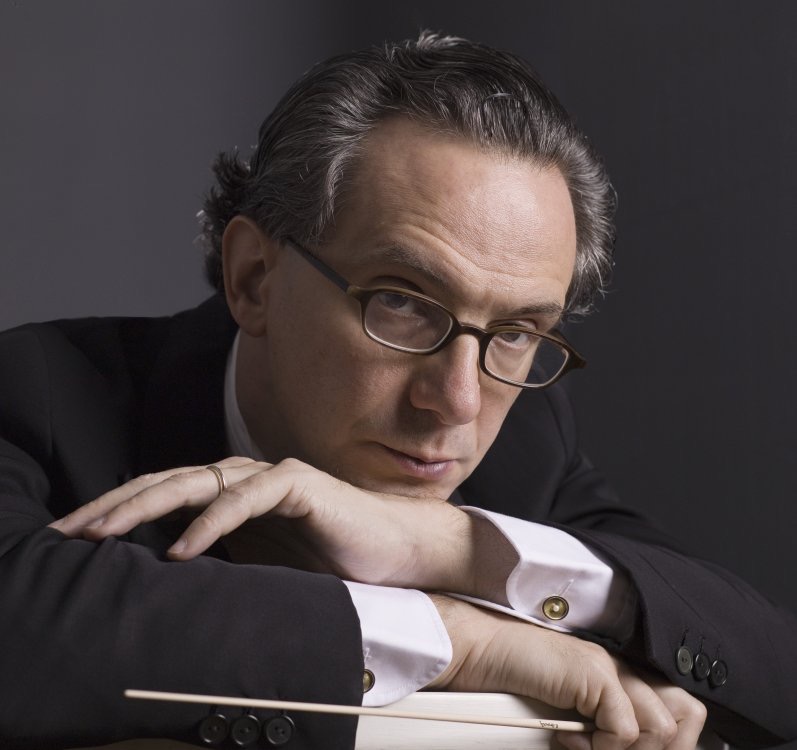 Do Robert Schumann, a fabulous pianist, a conductor almost named “Fabulous” and the youthful Richard Strauss make for spring-evening concert perfection? Well yes, unless the evening is balmy.

I note this almost ruefully. San Francisco features nothing you’d exactly call spring, but errant attempts at summer occasionally appear. Davies Hall was a third empty last Friday, the weather rare and seductive. But those of us seeking spring in music and a tour of Italy for our imaginations were not to be disappointed. Russo/German pianist Igor Levit and Italian conductor Fabio Luisi, together and separately gave our enthusiastic audience a joyous—and in the case of the Schumann—gorgeously original experience. 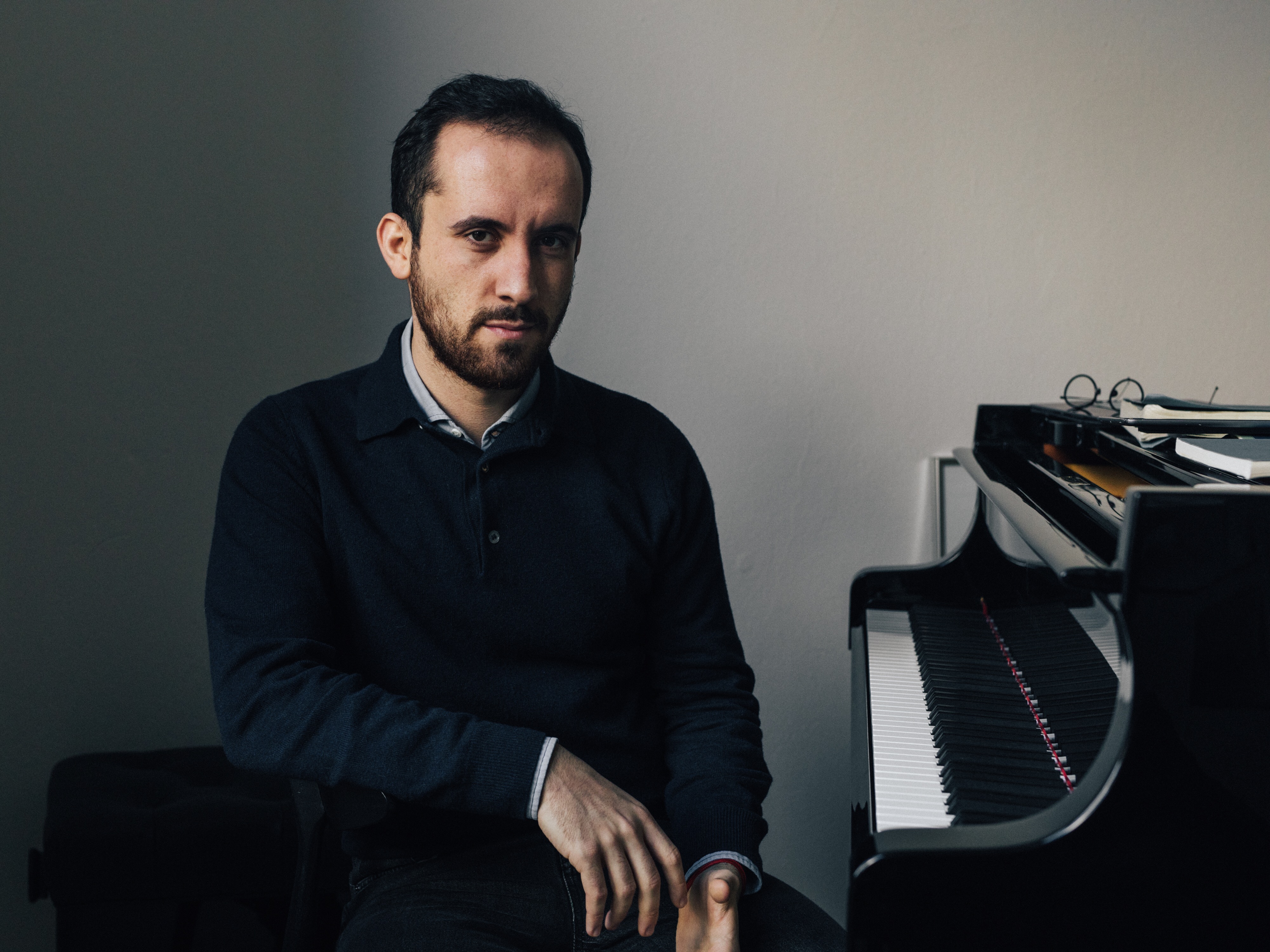 Robert Schumann’s Piano Concerto, finished in 1845, began life as a single-movement “fantasy” in 1841, the same year as the Spring Symphony. Igor Levit has clearly taken that notion to heart. His solo passages last Friday were the quietest, stealthiest and most suggestive of nature I have ever heard in the piece. Following a massive tutti with which the concerto begins, Levit set out so deliberately and hesitantly with his opening solo chords, that I began to roll my eyes. (Maybe this explained why there’d be only two works on the program, I thought cynically.) But within seconds, Schumann began to ripple along, and Levit’s evocative keyboard magic slowly began.

Most of his performance, fair to say, took place just above audibility, with Levit bent delicately over the piano like an eerie lepidopterist in a black suit. Meanwhile, Fabio Luisi coaxed whispery accompaniment from the orchestra, looking benign and corporate in classic white tie, tails and black patent-leather shoes. (Luisi is one of a dying breed who rehearses orchestras wearing a tie.) I wondered at first how the performance could ever work, raindrop by ripple, until I realized it wasn’t eccentric. It was just quiet. Levit did nothing peculiar with Schumann’s phrases. He managed to speed up imperceptibly in time for the bigger tuttis, which all took place at normal tempo and with considerable power. This was full-orchestra Schumann, too. Nothing scrawny about the forces. It simply came across with more scope and dimension than usual. Igor Levit is well known for his Bach: good preparation, it would seem, for the Debussy-like delicacy he found in the Schumann Concerto.

Modern audiences, as we’ve all surely noticed, tend to applaud after a “song,” a practice now pretty much accepted and sometimes even encouraged from the stage, but nobody was prepared for the female shrieker who kept ringing out “woo” with appreciation at the end of the Schumann’s first movement! Levit and Luisi were obliged to acknowledge her over titters from the rest of us, the former with a terrific smirk that he would soon put to good use in his encore.

The rest of the Schumann concerto brought down the house, too, and it was time for the perfect contrast. Levit announced his encore in lightly-accented German: the Shostakovich Waltz-Scherzo. This is a tiny piece featuring a one-finger-at-a-time melody that barely gets going and moves so slowly it drives one to distraction—before suddenly bursting into a lively scherzo. Then it’s back to one finger again. Levit made this contrast hilarious, looking askance at his left hand and finally cupping his chin in dismay and glancing helplessly at the audience, as it failed to move along any faster. They roared. It was all the better for being so subtle and unexpected. Lang Lang does this sort of thing more obviously—Grouch Marx at the piano.

Though I begin to think I may have heard the best Schumann Concerto performance of a lifetime at this concert, I’ve certainly waited a lifetime for Richard Strauss’ early symphonic suite, Aus Italien. It’s popular enough on CD, but when push comes to shove, orchestras opt for one of the later tone poems. I hope Aus Italien makes its way further into the repertory. It’s a beautifully constructed four movement work—a symphony really—still showing Strauss under Brahmsian influence, but gorgeously warmed by the sun and melody. The slow movement captures the lapping of waves with harps (not a typical Strauss effect) and hints at the divided string sound of a mature Strauss. The piece winds up with an exciting rondo based on “Funiculi, funicula,” a tune Italian listeners found too informal  There were no such objections in Davies Hall!

Strauss admitted early in life that he was not much inspired by nature. Aus Italien is an exception. But even here, it’s human drama that concerns him the most—images of lost Roman glory evoked in the Coliseum. Strauss is not a composer who normally evokes nature on its own. He’d compose a walk in the alps and depict a storm. But he’s not the sort of composer who’d ever name a  piece Scene with Cranes, as Sibelius did. When Strauss depicts baby taking a bath in his Symphonia Domestica, it’s for the sake of the baby, not the bubbles in the water. When Strauss depicts firelight, it’s because someone is sitting in front of the fire lost in nostalgia.

As it is, I expect I shall be nostalgic for this concert for a long time.