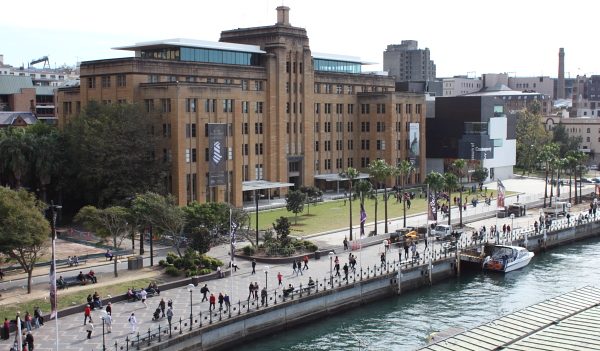 Circular Quay is Sydney’s great public space, but it is no Piazza San Marco. The presence of the Opera House and the Harbour Bridge at opposite ends of the magnet is powerful enough to allow the eye to glide around the curve past the decent, mediocre and bad architecture in between. In such an enchanted context even the Cahill Expressway, an elevated freeway which runs along the southern foreshore, is somehow not as egregious as Boston’s Central Artery was before it was chopped down. Instead of ancient stones, there is water, the one inlet out of the harbor’s dozens chosen for European settlement, now teeming with ferries and tourist boats promising  varying doses of adrenaline. However unrepresentative of the unruly metropolis which spreads from here in all directions, Circular Quay hints at the dream of its city, the city’s best version of itself, the city Sydney could one day be. 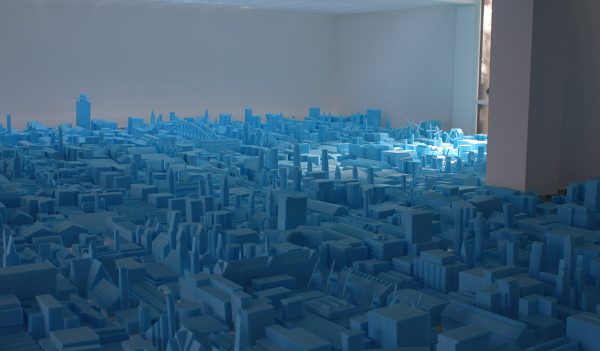 To travel in the desirable parts of the world involves waiting in line. Given this, the line to get into the 12th Venice Biennale of Architecture appeared to be mercifully short, short enough to identify those waiting in it as, if not individuals, at least stereotypes. Before the first five minutes of complete stasis had passed it was clear that the blockage at the ticket window was caused by a dapper Italian, almost certainly an architect, wearing a striped shirt and a dark tan, newspaper folded under his arm, with flowing grey hair and a beard he’d probably cultivated his entire adult life. He leaned on the counter as though it were his favorite neighborhood espresso bar. His purchase of a ticket seemed to be inhibited by endless complications. At intervals he turned to the rest of us with a shrug, as though the harried young ticket seller were evidence of how impossible it is to find good help these days. Then his mobile rang and of course he answered it, leaving the ticket seller and the rest of us waiting...
Read More