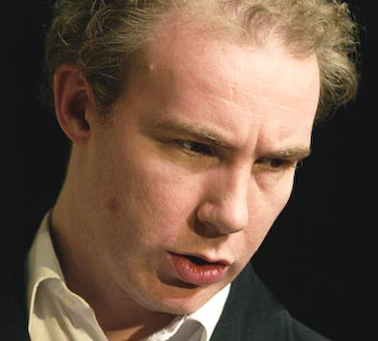 Clouds over Sloane Square, and the posh and spicy girls known as Sloane Rangers weren’t tramping around with a slew of shopping bags over their arms. Or not that I could see two days ago.A wag has renamed them the trustafarians, which seems to be sticking. I had a drink with a new friend named Warwick and told him that he and I were the only two people in the bar named after castles. “Presumably,” he said.We had met while waiting to troop into the tiny, dark, primitively ventilated Upstairs at the Royal Court Theatre to be assaulted by Relocated, a stage provocation that has divided the critics while scaring off the public.

No place to be proud of one’s name, either, since the play is loosely based on an English pedophile, Ian Huntley, who murdered two schoolgirls near Cambridge in 2003. The playwright, Anthony Neilson, draws more heavily on the recent sensational Austrian case of Josef Fritzl, who imprisoned his daughter in the basement for years and had multiple children by her while normal domestic life went on upstairs. Relocated is a puzzle piece that some critics compared to Victorian “sensation novels” and B-movie horror flicks (an actress emitted a blood-curdling scream two feet from my face). But the actual experience of attending Relocated was far more discomfiting than literary exegesis could hope to describe. Something like exorcism was being performed on the audience.

Neilson prefers not to write the script in advance but develop it in rehearsal with the cast. The same method works brilliantly for English film director Mike Leigh, and it was frighteningly intense here, even though theatre managers have reacted suspiciously. (“What do you mean, the second act is still gestating? We open in a goddam week!”) All the action proceeds behind a gauzy screen, distancing the characters in a suffocating triangular room suggestive of hell, perhaps internal, perhaps a dreamscape. Each scene is a blackout, and as I mentioned, the audience must puzzle together changes of identity, ghostly voices of children, menacing jailers, and echoey verbal snippetsbouncing around the room. The names of Fritzl and Huntley are never mentioned, but there are indirect allusions.

The chief characters are three women who exude, rather than portray, women associated with child murder – a school assistant who may or may not have taught one of the victims, a fugitive girlfriend of the murderer who is continually in fear of exposure and must “relocate” herself when ordered to, and a prisoner in the killer’s chamber of horrors. At any given moment, however, one character may don the identity of another.

No wonder Relocated’s mystification was called repellent, exploitative, and brilliant, depending on the newspaper coming to your door.My companions resisted it completely. One woman lifted her nose and said, “I prefer to be with the dull-witted.” As for me, once I recovered from shell shock, I was reminded of the listing for Huntley Castle in the Blue Guide to Scotland, which notes that there is an unusually large dungeon, but none the less gloomy for that. 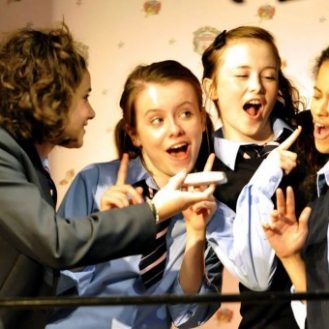 Spur of the Moment at the Royal Court Theatre