Skeletons Trying to Warm Themselves (1889)

Funny peculiar. If you are a devoted reader of ID tags in museums, you may have spotted one or two attached to James Ensor’s exquisitely repellent works. He’s an eccentric choice for a big bow-wow retrospective. Even more so when you consider that several of New York’s regular critics seem to prefer the current Ensor show at MoMA to the powerful Francis Bacon show uptown at the Met. Was this really credible? I wandered in mostly to satisfy my curiosity, and curious turned out to be the operative word. Despite his British-sounding name, Ensor lived his entire life in Belgium, mostly secluded in an upstairs apartment above his parents’ old curiosity shop, which sold trinkets to tourists but also carnival masks of the kind that their hermetic son would use to morbid effect in his art.

Ensor was a gifted pictorialist. His early generic portraits, still lifes, and landscapes display a knack for Barbizon-style atmosphere and bourgeois pleasantness. But somewhere in that suffocating apartment, staring out at a passing scene he grew to find grotesque, ordinary life became horrific. Faces turned into skulls, fleeting expressions into frozen jeering rictuses, quotidian activity into a dance of fear. Ensor is the master of faintly surreal japery before Surrealism was born (the show begins in the 1880s and is basically over by the First World War, even though the artist survived until 1949).

So far as technique goes, Ensor discarded definite outlines and easily recognized shapes. His revelers, grotesques, demons, and skeletons barely materialize from their seedbed of private hallucination.  Ensor applied paint transparently—he dilutes strong carnival tints of red, blue, and green into candy pastels—and one is reminded of Redon if that delicate artist had been an obsessive-compulsive. I found it fatiguing visually to concentrate too  long on Ensor’s myriad splotchy dabs, which are like pointillism viewed through a hand-held magnifier. Occassionally, however, the technique perfectly matches his subject, as in an expulsion from the Garden of Eden where the miniaturized figures of Adam and Eve are swooped upon by filmy, diaphanous angels that really evoke celestial embodiment.

The problem with Ensor, who can’t seriously be spoken of in the same breath as Bacon, is that his japery rarely sounds a deeper note. He thinks that painted society amounts to painted death’s heads, and that’s that. As with Aubrey Beardsley, another morbid sensationalist, your initial frisson fades quickly—at least mine did. I felt sorry for a recluse of Ensor’s undoubted gifts who portrayed himself in one small work as the crucified Christ, with the letters INRI changed to ENSOR over the savior’s head and a motley crew of commedia dell’ arte buffoons scattered at the foot of the cross. These represent the local art critics who barely acknowledged his existence, disdained him when they did, and knew nothing of his lonely grandiosity.  There’s a neurotic self-importance that I find offputting in Ensor, a compulsion to make himself the center of attention while pushing away real human contact at the same time.

In time Ensor eventually received acclaim, being made a baron by the Belgian king in 1929. He remained in his home town of Ostende through the Nazi occupation, and after the war he was a familiar sight, we are told, taking his daily constitutional around town. I imagine that going outdoors didn’t require him to leave the world inside, one that is too redolent of pitiable psychological distortions for me to visit longer than half an hour. Others may feel quite differently, but then, I always skipped the fun house when I went to the county fair. 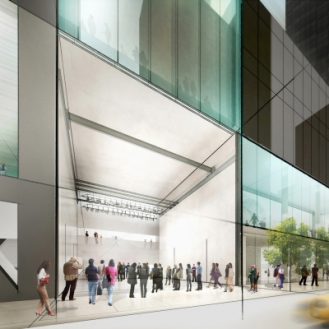 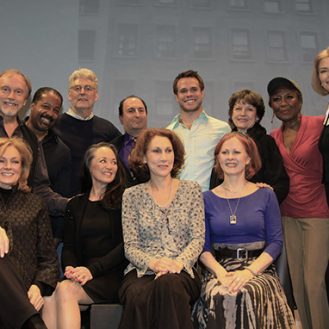 “Good Girls Only,” The Rehearsal Club Musical – an Interview with the Author of the Book, Charles Leipart