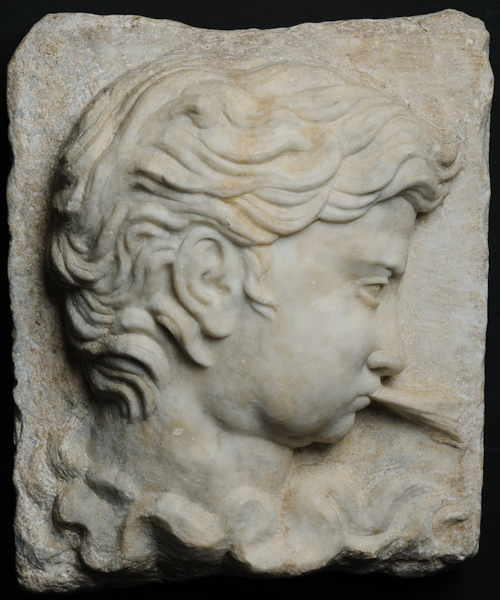 There is more to the exhibit currently underway at the Palazzo di Venezia than meets the eye. What it lacks in size it makes up for in importance. Composed mainly of statuary and reliefs by Donatello, Andrea Bregno, Michelangelo and their pupils, it focuses on the underappreciated stylistic transition that took place from 1460 to 1520 in Roman workshops as they moved, roughly speaking, from the purity of classicism, to the sublimity of humanism, to the energy of Renaissance rationalism.

Whereas Florence had the Medici, Milan the Sforza, and Mantua the Gonzaga, artists in Rome had the Popes from Pius II to Pope Leo X to fuel their insatiable drive to imitate Greek and Roman sculpture. It did not take long, however, before its greatest imitators, especially Michelangelo, were eager to push beyond, often to the great consternation of their patrons. 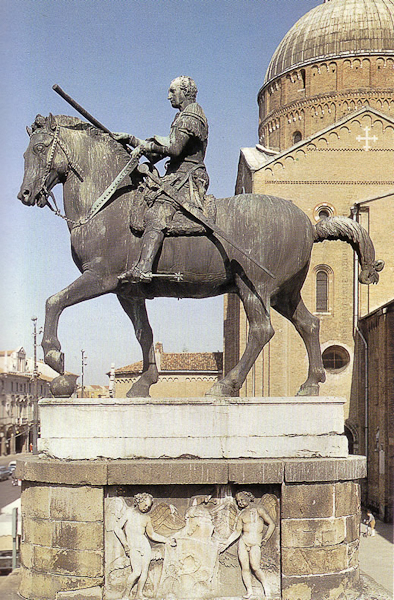 The exhibit begins with items by Donatello (1386 – 1466), who, after having spent his early career working more or less in the mold of Gothic realism, arrived in Rome in 1404 to “imitate ancient things as much as he could”, as Giorgio Vasari tells us. His studies in the ancient capitol led to a more refined classicism, well documented by a Baptismal Font executed by his closest collaborator Michelozzo Michelozzi (1396 – 1472). Donatello himself edged toward an emotionally charged style as represented in his fine Prototype for the Head of Gattamelata and the Equine Head that served as a model for his statue of Alfonso of Aragon. The former was designed for the monument that still adorns the piazza outside the Basilica of Saint Anthony in Padua, and which would have an enormous impact on sculpture through the fifteenth century. In this work we already detect a yearning to surpass the genius of Roman classicism and delve into a new kind of expressionism.

Andrea Bregno (1418-1506), whom Raphael’s father Giovanni Santi aptly called the “great compositore”, shows a bit more reserve in the classic purity of his works that are the centerpiece of this show: if not for their exquisite refinement then for their historical importance in attesting to the highest capabilities of Bregno’s Roman workshop. His pupils Mino da Fiesole (1429-1484) and Giovanni Dalmata (1440-1515) are responsible for the eight fragments of a superb Funerary Monument of Pope Paul II that are on loan for the first time as a group by the Fabbrica di San Pietro. The set consists of two angels, a coat of arms, and the four Evangelists, each marked by a unique personality notwithstanding the cool stateliness typical of the Roman technique. Nevertheless, these works, together with Bregno’s Saint John the Baptist and Giancristoforo Romano’s (1456 – 1512) Bust of a Boy (Federico II Gonzaga?), prove that Rome was more than just a training ground for imitation, but a seat of creative fervor springing from the cooperative endeavor to make the aesthetic ideals of Renaissance humanism plainly visible.

Surprisingly, however, those ideals would not remain as stable as the contemplation they were meant to induce. In the early 1500s Rome would be hurled into the dramatic fury of Michelangelo’s vision. The Young Saint John the Baptist and the Lion Holding a Coat of Arms show that Michelangelo himself was once rooted in the same classicism represented by Bregno and his workshop. Perhaps most indicative of this style, once held so dear by Michelangelo, is Andrea Sansovino’s (1486 – 1570) Madonna and Child with Angel; although Sansovino made this relief in Venice, it brims with the typical romanità of Michelangelo’s Madonnas, rending the latter’s revolutionary turn all the more striking.

Indeed, it is easy to see why visitors stand perplexed in front of Michelangelo’s Aeolus (Eolo o Vento marino) prominently hung in a separate room as the culmination of the exhibit. Originally commissioned by the Porcari-Capranica family and only recently restored, it is now on public display for the first time. This precious relief, which once decorated the Church of Santa Maria Maddalena in Capranica Prenestina, firmly places Michelangelo within the aesthetic categories represented by the works seen in the preceding room. To the untrained eye, its soft, sublime contours seem worlds apart from the terrible power of the Sistine Chapel. Even the non-expert will easily appreciate the unparalleled individualism of the later Michelangelo after having seen the Aeolus. And for all the certainty the experts have that this piece is indeed an early work of the young Michelangelo (written records attest to its authenticity), no one will appreciate more than the non-expert the extreme difficulty – if not virtual impossibility – of ascertaining the authenticity of works more dubiously attributed to the Renaissance giant. 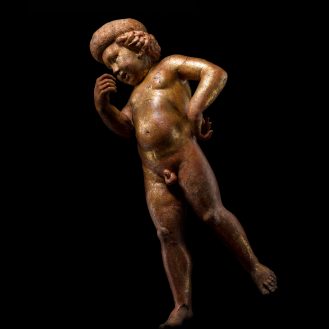 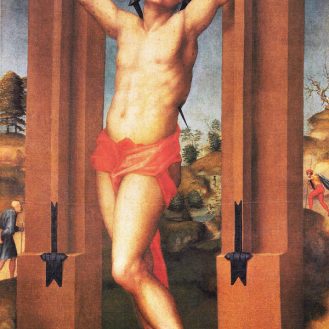 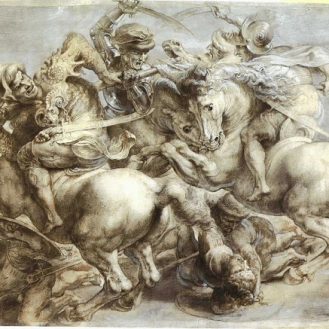 “Gratta da Vinci” – Scratch and Win…a “da Vinci”! The Battle over the Battle of Anghiari 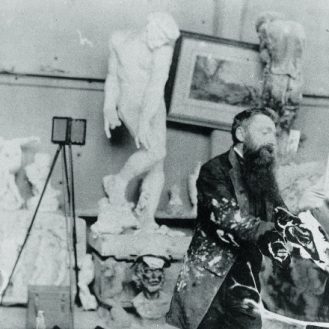 Rodin: The Evolution of a Genius, at the Virginia Museum of Fine Arts until March 13, 2016