This is the final article in a four part series which totally geeks out on cities.

A famous flâneur and me,

Sat down one day for tea,

He observed with a grin,

That the line is drawn thin,

Between cities which look and which see.

I knew this bloke in Sydney

Who bought a flat with his kidney

When its value decreased,

He fast made his peace,

With an odious thug called Zidney.

When we landed in Singapore,

We went on a swell free tour,

Which had as its theme,

Of a city that’s never a bore.

Paris is the pick of the oeuvre,

Notwithstanding the folks in the Louvre,

So the scholars can’t even manoeuvre.

In Ronchamp a dude called Corb,

Said towers are making me bored,

So he drew up a chapel,

As crisp as an apple,

In Belfort it would be a crime,

To bake a croissant less than sublime,

With its purple stone crown,

Seemed almost to float above time.

In Colmar there is this painting,

Which encourages faith and fainting,

Since its aura extends,

To the city’s dead ends,

It’s luck to have an R rating.

In Campione’s it’s hardly a treat,

And you’ll sleep in the gangster’s suite.

But what’s worse is the hardened stare,

Which you feel on your back,

When your clothes are not ready to wear.

In Venice they seem to ignore,

They used to go fishin’,

But you can’t eat a Titian,

Or a billboard of Julianne Moore. 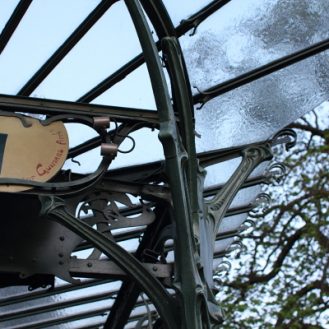 The Tour of Guimardia (English Version) 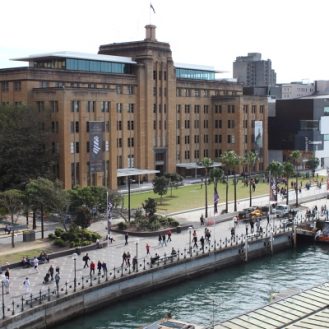 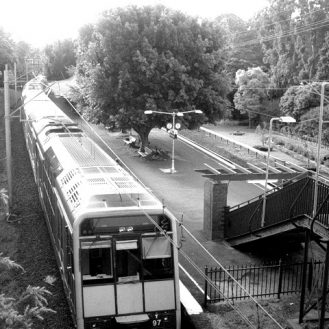 Tree to be Removed: Robin Boyd’s The Australian Ugliness Turns 50