Though perhaps not one of Handel’s finest operas, Mr Alden’s production of Partenope plays up its farcical tendencies past the point of ridiculousness and vulgarity and never really climbs out of the dishwater. A farce, even the silliest one, is still emotional, in fact it depends on emotions, however simple, to work, but it becomes cold when played as a series of jokes without wit. In addition, for some cheap intellectualism, Mr Alden imposes references to Man Ray’s surrealist photography, but forced without honest reason, onto an opera which doesn’t even have any interest in being surreal, they become clunky and arbitrary.

During the overture, Partenope covers her arms with bracelets; in Act III one of Partenope’s suitors, Emilio, gradually tacks up on a wall in pieces a two storey blow-up of a Man Ray nude; in Act I Arsace, while singing of a past love whom he just re-encountered, sketches a stylized headless nude in grease pencil on the wall, which Partenope, Ormante and Emilio later modify vulgarly. While the opera is borderline sophomoric to begin with — at the libretto’s denouement Arsace avoids dueling his lover en travestie (but still thought to be a man by the rest of the characters) by insisting they fight bare-chested — it is pushed hard over the edge of sophomoronacy both by Mr Alden’s direction and the loose English translation which rhymes and swears. More examples of this: Emilio’s dungeon in Act II is a toilet, which Partenope uses a moment before, complete with flushing sounds over the theatre PA system, and later Arsace gets toilet-papered like a misbehaving teenager.

Furthermore the movement of the singers on stage with hammy acting and exaggerated grotesque stock gestures generally makes for a TV-style hyperactive itchiness, but then for Handel’s more emotionally deep arias, the singers were completely static. The sets were minimal but contributed to the awkwardness of the scene as they looked a bit cheap and were lit starkly and monotonously — in Act I Partenope’s apartment had fake parquet floors, fake white panels for the back wall and a shoddy white curving stair case with a cramped loft at the top; Act II was in a dreary-gray wallpapered flop-house corridor, and a white wall was pulled out for Act III to suggest a bedroom (onto which Emilio tacked the Man Ray photograph). The graceless little dances and movements of the characters seemed even to mock the music at times, though the music was well-played.

The music did sound fine, though I suspect, perhaps because of bad morale, the problems with the direction did infiltrate the music. In fact, I found the experience much more enjoyable when I closed my eyes and just listened to the music. Maestro Curnyn’s conducting was competent, but perhaps lacked a fine care over detail and variations in attitude in the repeated phrases. The first violins in particular played very expressively and Mr Martyn-Ellis played his theorbo with sensitivity to Handel’s music and Ms Cotters played the cello especially beautifully.

The singing itself had mostly pleasing clean tones, but was harmed by the direction, with affected vocalizations in the recitative — growls, mean sardonic laughs etc., and exaggerated coloring of some notes. There was also a general monotony in the tone of the singing, with angry arias and love arias likewise expressing the same ennui. The arbitrary “surrealist” setting and self-mockery of the characters provided an excuse to put no effort into creating characters capable of any kind of human interaction. This made the opera more nihilist than surrealist, and from the characters’ non-interaction and declamatory style of conversation, it seemed as if each were in their own personal high school clique, giving the opera a mean-hearted flavor with a disturbing combination of physical and material permissiveness and emotional prudishness and reserve.

It is too bad, because I know these singers are capable of much better, they could even have made something interesting of this lesser Handel opera under a sensitive director — Ms Matthew’s sang a moving Gilda in last season’s Rigoletto, Ms Carby likewise as the Marschallin in Rosenkavalier and Ms Dark put care and thought into supporting roles in Le Nozze di Figaro and Rosenkavalier. It’s a waste to make good singers and musicians play something like this when there are so many neglected and worthy operas which could be explored and under-employed artists with something more articulate to say about modern times. 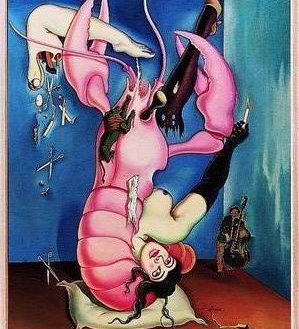 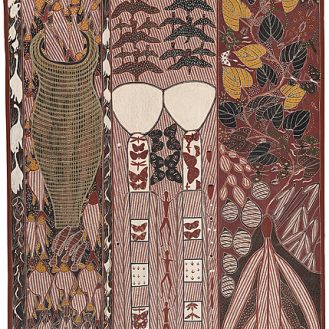