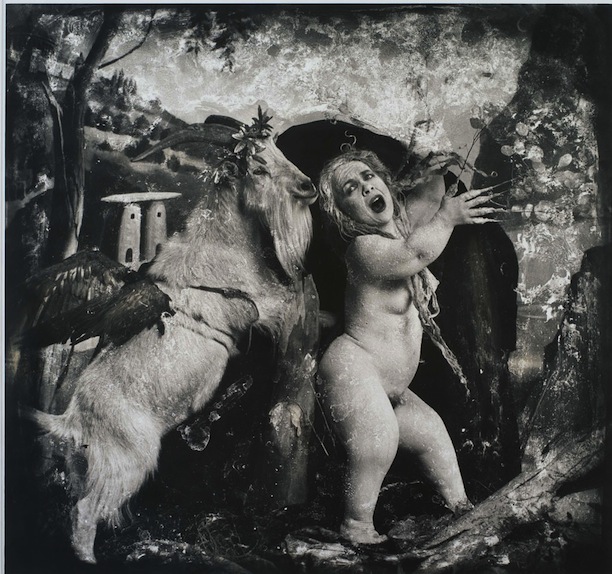 The exhibition of Joel-Peter Witkin at the Bibliothéque Nationale is not a retrospective, but an arresting exploration of the photographer’s work over three decades. In collaboration with Witkin, the curators of Enfer ou Ciel (Heaven or Hell), on view until July 1, compare many of his most fascinating and well-known images to the library’s exquisite and significant collection of prints. Placed in an art historical context of similar imagery found in the prints of such artists as Albrecht Durer, José de Ribera, Rembrandt, Francesco de Goya, and Pablo Picasso, Witkin’s work is thus tangibly embedded within a tradition of symbolism and mythology, and the pondering of the human condition and its spiritual dimensions by great masters of Western art.

The comparison between prints and photos is natural and long stemming, mostly due to their similarity of process. But whereas the printmaker works much like a draftsman to create a unique image, the photographer is often incorrectly assumed an image taker rather than an image maker. Witkin’s photos particularly are of their own reality, and his process employs a unique preparation of the surface on which the image is printed, creating a signature sideshow pictorialism that is gritty and carnivalesque, repulsive and enticing. The selection of prints in the exhibition highlights Witkin’s fascination with suffering and mortality, especially as they bear their weight unambiguously upon the human body.

Witkin’s work has always maintained strong allusions to canonical art, in particular portraiture and vanitas paintings. For fans of Witkin’s work, this exhibition attends to their multi-faceted affiliations to Western art history, and the brave determination of artists like Witkin over many centuries that have also traversed the darker aspects of human experience. Much like the variations of these allusions in his images, Witkin creates fantastical and haunting beings that are nonetheless a layered montage of the here and now. They are grounded to the vicissitudes of the present and the earthly and yet closer to the divine, either due to their suffering or to their willingness to plumb its depths. 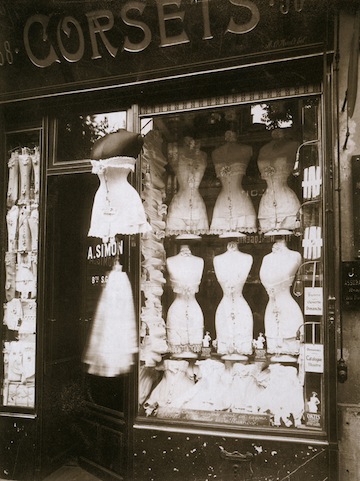 A photographer who also gave the world haunting and memorable images, but from the frame of his lens along the streets of Paris, is Eugéne Atget. Over 180 works by the early twentieth century photographer are on exhibit at Musée Carnavalet, the Museum for the History of Paris, until July 29.

The focus of the exhibition is of course a visual history of Paris, and Atget was aware of the camera’s suitability to this endeavor. He obsessively catalogued the city for thirty years, particularly the gardens, passages, streets, and bridges that belong to Paris’s Ancien Régime (old order). Yet he also captured the activities and interactions of the city’s people that were unique to his time: peddlers selling a vast array of objects, such as children’s toys and umbrellas, and organ barrel players and puppeteers performing for school children.

When Atget died in 1927 at the age of 70, he had recently sold his extensive repository of negatives to French collections and attracted the admiration of a younger group of contemporary artists. Yet during his lifetime his work was relatively unknown. Seeing the breadth of his work, it is lamentable that he was not as appreciated as the photographers he influenced, like Paris street photographers Robert Doisneau and Henri Cartier-Bresson. Atget’s recording of storefronts with his intense symmetry and poster advertisements replete with vanished meaning were well before Walker Evans, and his attention to the chimera of reflective glass windows long before Lee Friedlander. Most all of his work was printed on albumen paper, a now mostly extinct process of rich sepia tonality that is synonymous with the haunting vistas of ancient streets and architecture and the bygone traces of fleeting human presences.

Of course the directive of the exhibition is the unique contribution of Atget to Parisian history and memory. A series of photographs of “Rag Pickers,” taken between 1910 and 1913, attest to a time before the city walls were razed and these poor rummagers were evicted. Atget also photographed many of the galleries, or arcades, that run through the buildings between streets and are lined with shops like malls. One such image of Galerie Vivienne, near the Bibliothéque Nationale, shows that it is nearly identical to how it looks today. Each work is carefully labeled with its arrondissement (neighborhood of Paris), or former arrondissement if the site no longer exists. A more zealous Parisian viewer even marked through one of the arrondissement numbers and wrote another over it, obviously not in agreement with that particular archival attribution.

One interesting feature of the exhibition is the addition of Atget works that belonged to Man Ray, the American photographer noted for his involvement in the Parisian Surrealist circle of the 1920s and 1930s. Atget visited Ray’s studio in the 1920s, and the young photographer bought a substantial portfolio of images. The works from Ray’s collection is revealing and surprising; one can see the tenets of Surrealism inherent in his selections, particularly the mannequins in shop windows, but some are more documentary. He later donated his Atget collection to the George Eastman House, which has loaned them for this exhibition, the first time they’ve been on view in Paris.

Ray’s assistant, Berenice Abbott, became the tireless promoter of Atget’s work upon his death. It was her tireless effort, writing about his photographs, getting them exhibited, even printing them, that solidified his importance more than any single person or entity. Even with the prodigious efforts by the Museum of Modern Art in New York over the last decade to establish his importance, Abbott guaranteed Atget’s legacy by the most effective means possible: she made sure other photographers saw his work, too.

No one can mistake the transcendent quality of Atget’s aesthetic. Long exposure times give some of his images a distinctive blur, particularly with people in motion, emphasizing further that people and times are ephemeral but the walls of the city remain. Atget is perhaps most widely known for his photographs of Parisian gardens and statuary; I recall the homage to his trees alone were a great commercial success for contemporary photographer Michael Kenna early in his career. But I think Atget’s truly magical images are of the small city courtyards stacked with empty crates, or anonymous people lurking around the corner of a narrow Medieval street. His photographs of the seemingly banal, of vegetable and fish stands, advertisements for entertainments, a shoe shiner or a woman selling bread, remind the viewer that it is the life we live among the city streets each day, alongside fellow inhabitants who share our longing for an irretrievable nostalgia, that threads us through history. 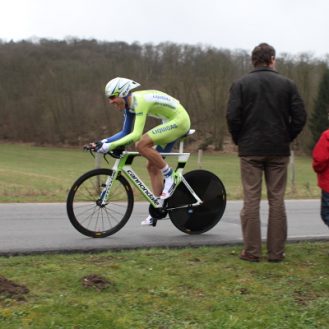 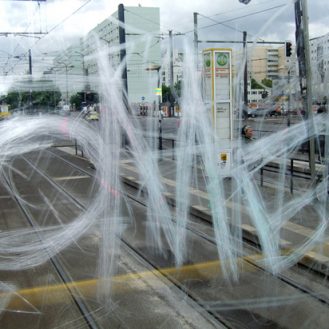 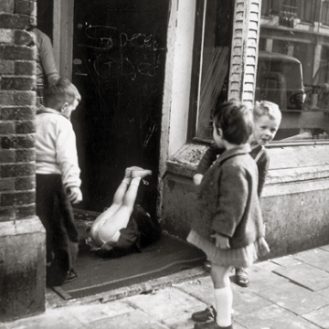