“I could have told you, Vincent, this world was never meant for one as beautiful as you.”

So sings Don McLean in the 1970 hit written while he was working for the Berkshire School District. The tune has come to immortalize Van Gogh as a stridently independent artist who struggled with sanity and took his life “as lovers often do.”

Cornelia Homburg has put together a show in Rome to demonstrate that, pace McLean, the legendary painter did in fact believe the world was meant for him, and he was not that independent in his approach to painting. He may have suffered extreme uncertainty in his private life, but Vincent had a clear vision of his professional goals and how he was going to achieve them.

Entitled “The Timeless Countryside and the Modern City,” this mostra brings together 110 of Van Gogh’s finest pictures together with works by Gauguin, Cezanne, Pissarro, and Millet. Careful juxtaposition shows that Van Gogh borrowed freely from his contemporaries and admired his predecessors. The works are arranged sequentially to highlight the alternating influence of country and city on Van Gogh’s subjects and style over the course of his career. The country was a place of toil and virtue, the city a paradigm of human ingenuity and progress. Moving through the exhibit, one sees that Van Gogh himself was inspired by the honest work of peasants, but he was equally aware that the city was where one met artists and dealers. 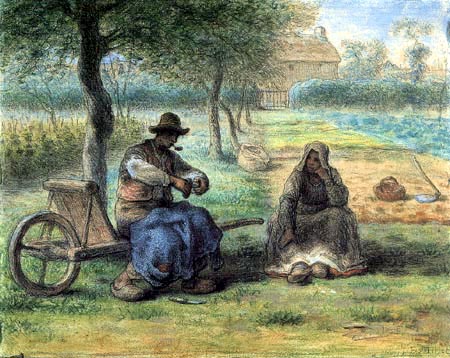 No one taught Van Gogh more about the difference between city and country than Jean-François Millet. Millet’s painstaking application of pastel and pencil in “The Lighter: A Break in the Middle of the Day” (1856-1865) instantly reveals why Van Gogh loved “père Millet” so deeply. Even as Vincent, under the influence of Anton Mauve, shifted from the French Barbizon to the Hague School, we sense his abiding concern with the country and the lessons it has to teach us. A comparison of “Young Man with a Broom” (1882) and “Peasant Woman Binding Wheat Sheaves” (1885) shows that he increasingly exaggerated the postures of human figures to dramatize the enduring resolve of peasants to bear hardship with dignity.

We see that Van Gogh was a ceaseless imitator in “Woman Spooling Yarn” (1884), based on Anthon van Rappard subject of the same year, “The Sower” (1888), based on Millet’s version of 1865, and “The Drinkers or the Four Ages of Man” (1890), based on Honoré Daumier’s 1862 woodcut. In “The Sower,” Van Gogh’s calculated use of color enhances the picture’s emotional impact and modernizes the subject: agriculture cannot help but be affected by the human values borne of industrialization. In “The Drinkers or the Four Ages of Man” (1890), the reference is even more direct thanks to Van Gogh’s placement of trees in the background on one side and factory smokestacks on the other. Such details quickly dispel the myth that Van Gogh proceeded according to whim.

And yet he never gave up searching for new sources of visual inspiration, be they natural or artistic. In St. Rémy and Auvers-sur-Oise he perfected his extraordinary use of color and unconventional technique. In “Cypresses with Two Female Figures” (1889), the boldly painted trees retain their rural idealism but now pulsate with a modernism that the artist could only have acquired from Parisian city life. The presence of two young women in this painting shatters what otherwise should have been a pure landscape, demonstrating that the division between city and country was melting away. Homburg points out that the golden thatched roofs of Van Gogh’s huts epitomize his idealization of rural life since by that time these dwellings were already falling out of use, and the few that remained were in abhorrent condition. 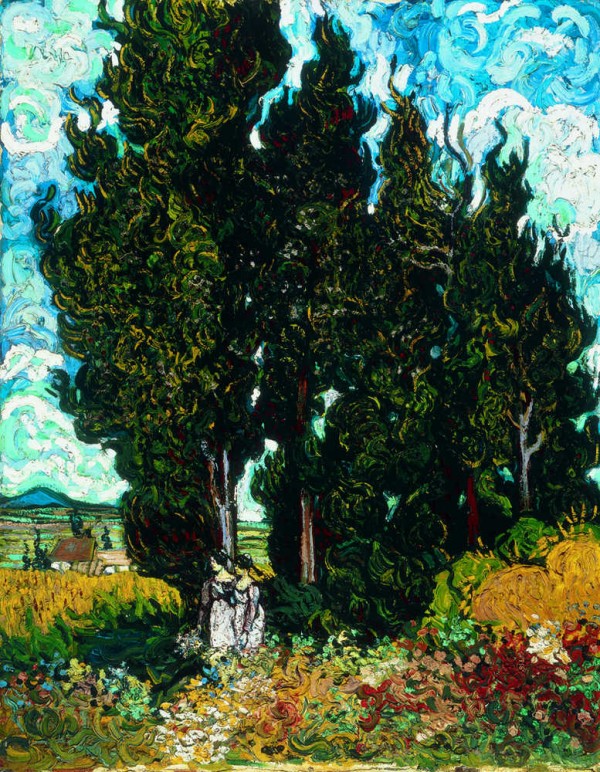 Portraiture is not the focus of this exhibition, but there are a few gems. Several self-portraits illustrate how Van Gogh alternately took on personages of country peasant and sophisticated gentleman whenever he “sat” for himself. Unmistakably idiosyncratic, his portrait of Alexander Reid exemplifies the refinement Van Gogh needed to flatter his patron and advance his career. The “Portrait of Madame Roulin with her Child” (1888) similarly transforms the Madonna and Child theme into an urbane setting. 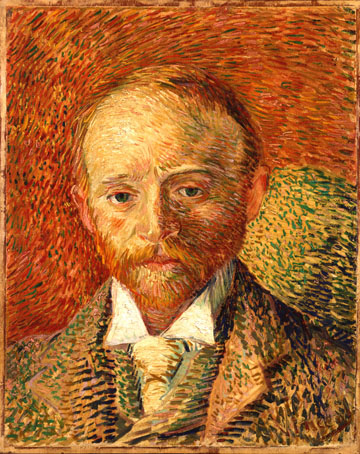 Those hoping to see blazing sunflowers and amber waves of grain, take heed: given the exhibit’s focus on peasantry and industrialization, the colors tend towards the cool and dark. But their concentration in one place is precisely what enables us to appreciate Van Gogh’s exceptional ability to compliment them. The placement of Van Gogh next to Gauguin [“La Groue Farm, Osny” (1883), “Stable near Dieppe II” (1885), and “Watering Trough” (1886)] proves that never has there been such a pairing of two artists with a keener sense of color. 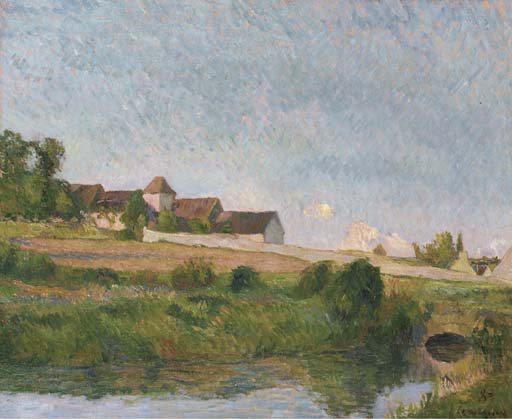 In the final verse of “Starry, Starry Night,” McLean, with ever-so-slight hesitation, tells Vincent that he thinks he knows what the artist was trying to say to him. I must confess that whenever I hear McLean’s five-chord ballad, that slight retard and rise in his voice still send shivers up my spine. Yes, we think we know what Vincent was trying to say to us, but we stop short of saying that we know what he was saying to us. Vincent’s frustration in trying to say what he wanted to say is our frustration in trying to understand what he wanted to say. Cornelia Homburg cautions us from over-romanticizing our telepathic (mis)communication with the artist. Van Gogh was neither ignorant nor dismissive of the art that went before him, the art that surrounded him, and the art he hoped would come after him. To understand him better, we only need to look at all three. He tirelessly sketched, copied, and imitated whatever he laid his eyes upon, especially in the books he read so voraciously. Anything but isolated from the world of ideas, he was versed in history, literature, and theology. Although his private life was full of passionate extremes and outbursts of madness, his paintings reflect an unwavering perspicacity and an exacting adherence to standards, however personal and idiosyncratic. 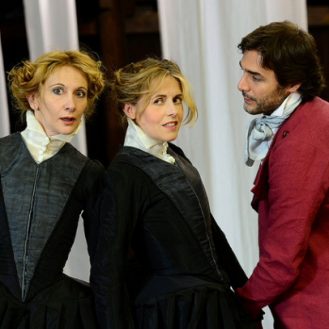 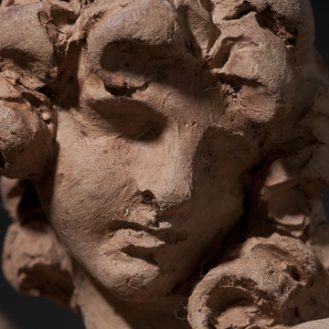 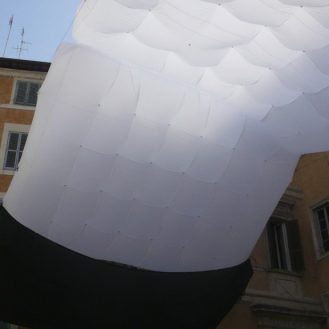