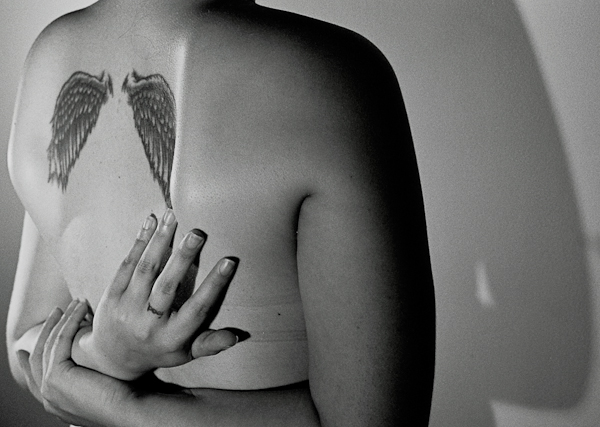 Since I am not a word, but am curious about the experience of being a word, I asked author Shelley Jackson if I could photograph some of her words from the novel SKIN. She agreed and gave me the email addresses for the following words:

The novel SKIN exists in tattoos. In order to read the novel, one has to participate in the text by applying to become a word, and if you get chosen, the word must be inked on your skin in book font. Once the author receives a photograph proving the word is tattooed on your skin along with the signed disclaimer stating that you will never share the story with anyone else who is not a word, only then can you read the coveted story.

When the words came to my studio to be photographed for this article I asked each of them what they did and why they wanted to become a word. Two worked in publishing, another two were writers, one was a Freudian scholar, and the others didn’t mention their professions but said that they “wanted to be part of something greater than themselves.”

Jackson, known for pushing and often obliterating the boundaries of language, has created a work of art that is in perpetual motion. Across the world her words swim in the ocean, fly in the sky, eat, work, excrete, are exposed to disease, make love, reproduce and die. The novel SKIN is alive.

The footnotes section of SKIN is a forum where the words get to define themselves, build relationships with each other, write poems and personal manifestoes, and yearn for the body of the text. Words discuss the history of their fonts. The word sensitive looks for herself in other texts. The word we defines herself as a binding contradiction. Many of Jackson’s words thank her for giving meaning to their lives. The word to said, “I am a living word and that’s something that only we know anything about.”

A literary detective, I wanted to at least read a sentence from Jackson’s elusive novel. I couldn’t piece one together with the words she gave me to photograph, (save Remember? But somehow that didn’t count). But, I found what I was looking for in the footnotes. The word bruise. violated protocol and has given us a line from SKIN: “Even the sound of a falling leaf leaves a bruise.” Thank you bruise.

Jackson has 533 words inked. SKIN still has 646 words waiting to be embodied. See Jackson’s call for participants at ineradicablestain.com but beware if you want to become a word, you must write a very intelligent and original essay so put some time into it, you are going to be a word after all.

no images were found 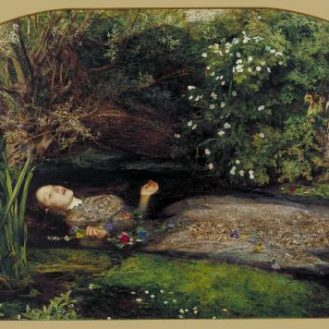